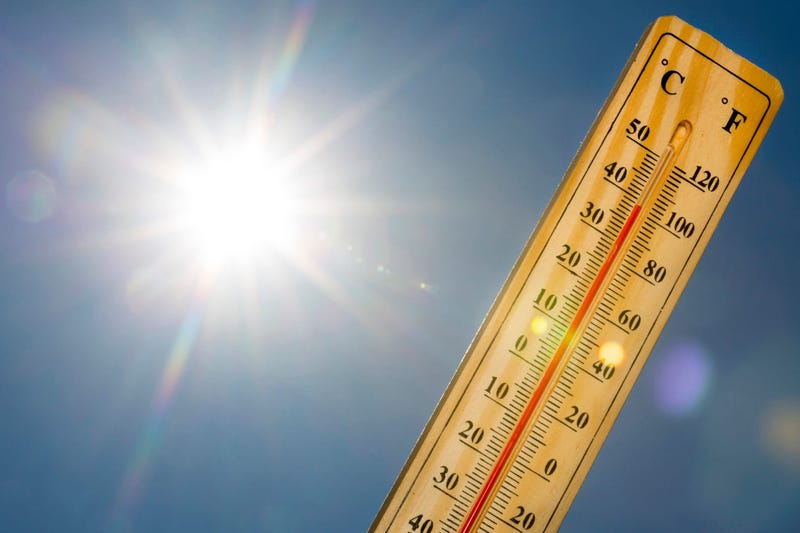 RIVERSIDE (CNS) - Temperatures will soar into the triple digits throughout Riverside County over the next four days, and residents are being advised to take precautions to prevent heat stroke and other problems.

"Take this heat seriously, even if you're healthy and feel you are acclimated to high temperatures," said Dr. Cameron Kaiser, the county's public health officer. "Temperatures like those predicted can lead to life-threatening issues. Just a few precautions can help you stay safe."

Beginning Friday, a stationary ridge of high pressure will dominate Southern California, pushing the mercury above 100 degrees in the Riverside metropolitan area, with the thermometer climbing toward 120 in the eastern Coachella Valley, according to the National Weather Service.

The NWS issued a heat advisory from 10 a.m. Friday to 8 p.m. Monday, noting that "periods of hot temperatures ... will create a situation in which heat illnesses are possible. Drink plenty of fluids, stay in air-conditioned rooms, stay out of the sun, and check up on relatives and neighbors."

Cooling centers will be open daily during the heat wave, providing county residents who do not live in climate-controlled environments a free cool space to relax until the evening hours.

According to meteorologists, the broiling air mass will keep highs in the low 100s around Riverside, Perris, Murrieta, and surrounding locations until Tuesday. The mercury will approach 120 in Indio, Thermal and parts farther east over the same period, forecasters said.

The upper-level ridge will weaken by the middle of next week, with seasonable temps gradually returning, according to the Weather Service.