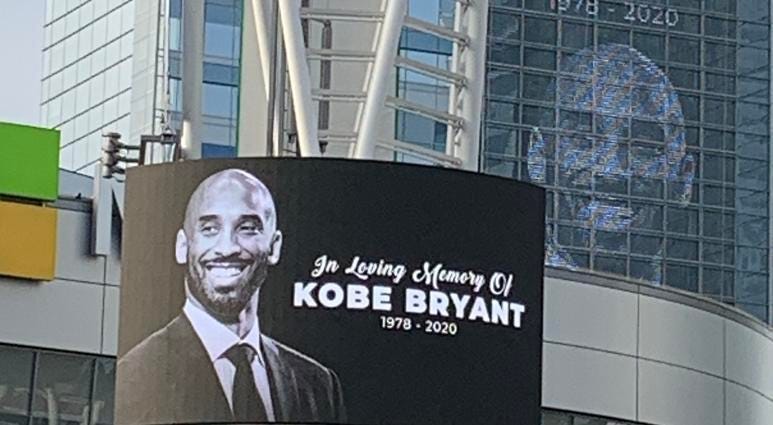 The helicopter that was carrying retired Los Angeles Laker Kobe Bryant and eight others, including his daughter, was flying in foggy conditions Sunday from Orange County towards Burbank and then west along the 101.

All victims, except the pilot, have been ID-ed, according to CBS LA.

Weather conditions will be a key focus of the crash investigation.

But during the trip up from Orange County where the flight started, the pilot never reported any major issues with that as he got updates from control towers along the way.

Even the LA Police Department choppers were grounded Sunday due to the weather conditions.

The recovery of the bodies continued Monday.  The cause of the crash is under investigation by the FAA and NTSB. The NTSB sent a team of 18 people to investigate the crash Sunday night, according to an AP story.

The twin-engine Sikorsky S-76 that crashed before 10 a.m. in Calabasas Sunday. It was first reported by TMZ.

The former LA Lakers star, who retired in 2016, was a 5-time NBA Champion and played for the iconic team for 20 years.

A total of nine people on board, including Bryant and his daughter.

They were on their way to a travel basketball game with his daughter, according to ESPN Senior NBA Insider Adrian Wojnarowski.

Sources: Kobe Bryant was on his way to a travel basketball game with his daughter Gianna when the helicopter crashed. Those aboard the helicopter also included another player and parent.

The occupants were on their way to a travel basketball game, according to ESPN Senior NBA Insider Adrian Wojnarowski.

The couple has four daughters together, including Gianna.

Officials are directing the public to mourn at Juan Bautista de Anza Park at 3701 Lost Hills Road in Agoura Hills.

The FAA issued a statement Sunday:

#FAA statement on the helicopter accident near Calabasas, California. pic.twitter.com/99px31BvfF

The Grammys Sunday night included a tribute to the "Black Mamba."

Thousands of mourners also gathered at Staples Center Sunday throughout the day.

Officials and other NBA stars shared their grief online in poignant messages.

Michael Jordan posted a statement saying "I am in shock over the tragic news of Kobe's and Gianna's passing. Words cannot describe the pain I'm feeling."

Michael Jordan on death of Kobe Bryant: “Words can’t describe the pain I’m feeling. I loved Kobe — he was like a little brother to me.” pic.twitter.com/r8JNMjfuRR

Magic Johnson tweeted out "Kobe and I shared so many special conversations about life and basketball. We had so much in common off the court. I used to love talking to him about Lakers basketball, being fathers and husbands and how much we loved Italy. I will miss those conversations and him so much."

NBA Commissioner Adam Silver released a statement on NBA.com Sunday saying, "The NBA family is devastated by the tragic passing of Kobe Bryant and his daughter, Gianna."

Silver continued: “For 20 seasons, Kobe showed us what is possible when remarkable talent blends with an absolute devotion to winning. He was one of the most extraordinary players in the history of our game with accomplishments that are legendary: five NBA championships, an NBA MVP award, 18 NBA All-Star selections, and two Olympic gold medals. But he will be remembered most for inspiring people around the world to pick up a basketball and compete to the very best of their ability. He was generous with the wisdom he acquired and saw it as his mission to share it with future generations of players, taking special delight in passing down his love of the game to Gianna. "

Shaq responded to the news there were no words to express the pain he's going through.

Kobe Bryant was on his way to a travel basketball game with his daughter, Gianna. Those aboard the helicopter also included another player and parent, sources told @wojespn. There were no survivors of the crash, according to the Los Angeles County Sheriff's Department. pic.twitter.com/7ik13Qwm9m

Others also chimed in with sorrow and thoughts and prayers including Doc Rivers, head coach of the LA Clippers. There were also mourners outside Staples Center Sunday with flowers and cards -- all in No. 24 and 8 jerseys of purple and gold.

Kareem Adul-Jabbar also put out a Twitter message saying "Most people will remember Kobe as the magnificent athlete who inspired a whole generation of basketball players. But I will always remember him as a man who was much more than an athlete."

Most people will remember Kobe as the magnificent athlete who inspired a whole generation of basketball players. But I will always remember him as a man who was much more than an athlete. pic.twitter.com/9EZuwk8wrV

“He had that DNA that very few athletes can ever have.”Doc Rivers on Kobe Bryant. pic.twitter.com/kSS7sjKaI1

The crash happened in the 4200 block of Las Virgenes Road, according to the LA Sheriff's Department on social media.

"Battalion 5 units working a multiple fatality helicopter crash in #Calabasas the #NTSB is currently in route to this incident. @LASDHQ is on scene and assisting."

*AIRCRAFT DOWN* Battalion 5 units working a multiple fatality helicopter crash in #Calabasas the #NTSB is currently in route to this incident. @LASDHQ is on scene and assisting. This is the #Willow incident. Battalion 5 is Willow IC pic.twitter.com/j9shN0NnWY

Twitter and social media were ablaze with tributes and heartbroken tweets.

Prayers and blessing to the @kobebryant family. Such a devastating time right now. A great friend, mentor to all,positive role model and teacher of the game. Words can’t express my feeling for him as a person, father and player. It hurts. RIP Black Mamba pic.twitter.com/qDCB5BObv7

Kobe Bryant. He was 41. pic.twitter.com/aZT2IAhmB4