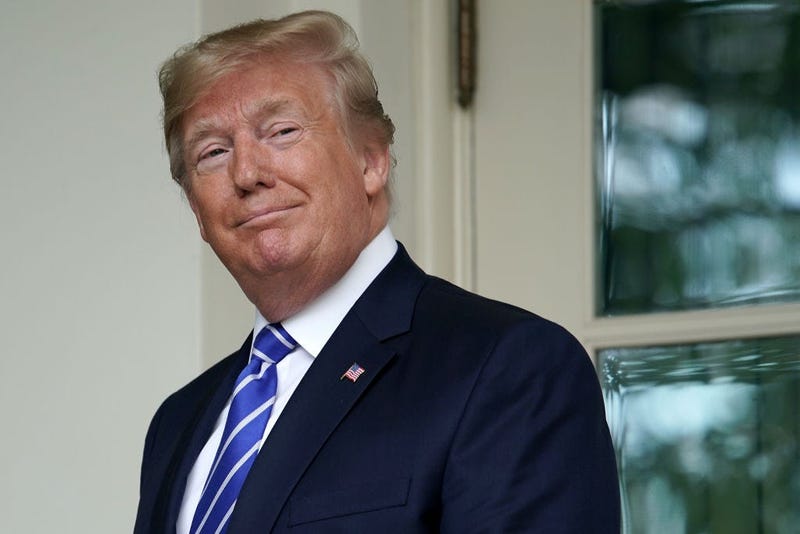 President Trump was in Yuma, Arizona Tuesday, accepting the endorsement from the National Border Patrol Council when he suggested imposing a fee on cars crossing from Mexico into the U.S. to pay for the US-Mexico border wall.

The president did not offer any ideas about how much the fee would be or when it would go into effect.

“They’ll pay at the border at the crossings. We’re going to charge a fee to cars that cross. It doesn’t matter if they pay today or in the coming months, Mexico will pay,” Trump said according to the Border Report.  “We have a great relationship with Mexico.”

One of Trump's campaign promises was that Mexico would pay for the wall, but so far, that has not happened. In his latest idea, the president threw out the notion that the money for the border wall could come from both fees to cross the border and putting a tax on money sent to Mexico by people who work on the U.S. side of the border.

Additionally, as reported by the Border Report, Trump said that Tijuana is the “most infected place in South America.” Mexico and the city of Tijuana are both located in North America.

Last year Trump instituted a government shut down, the longest one in U.S. history over after Trump and Congress agreed to temporarily reopen shuttered federal agencies without providing any money for the president’s border wall.

In March Trump said he would temporarily ban non-essential travel across the U.S.-Mexico border because of the coronavirus outbreak. Adding that he only wants to allow travel that is deemed essential, such as movement related to the medical industry, the military, or certain industries.