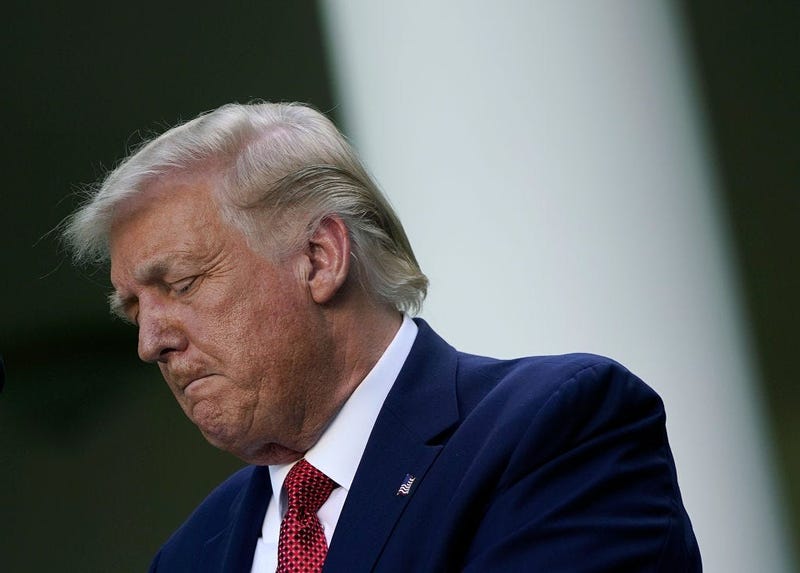 President Trump had some choice words a day after Los Angeles Unified School District indicated the new school year would start online and not reopen its campuses amid the ongoing COVID-19 pandemic.

On Monday, both LAUSD and San Diego Unified School District announced they would not be returning students to campuses, which would remain closed when school starts in the new academic year. Instead, it would be online. LAUSD starts its new year Aug. 18.

According to a CBS story, Trump slammed school districts that didn't want to reopen their campuses to in-person classes telling CBS News ""the districts were making a "terrible decision.""

"Mr. Trump told CBS News senior investigative correspondent Catherine Herridge that the Los Angeles Unified School District had made a "mistake" in deciding not to reopen in the fall, joining a number of school districts across the country who have said the same," the CBS story reported.

"I would tell parents and teachers that you should find yourself a new person whoever is in charge of that decision, because it's a terrible decision," Mr. Trump said. "Because children and parents are dying from that trauma, too. They're dying because they can't do what they're doing. Mothers can't go to work because all of a sudden they have to stay home and watch their child, and fathers," the story reported.

Trump has said in the past "we have to reopen our schools" - something he has pushed even as states, like Florida, struggle amid a surge of COVID-19 cases, hospitalizations and infection rates.

In the last few weeks, Trump said he would put pressure on governors to reopen their schools. How exactly was not addressed.

On Monday, Gov. Newsom ordered the closure of indoor operations at all bars and restaurants at ALL California counties - and added more restrictions to key sectors for other counties on the state monitoring list.

Pres. Trump says that the LA school district’s plan to begin the fall remotely is a “mistake.”Asked what he would tell parents & teachers who feel unsafe going back:“You should find yourself a new person whoever is in charge of that decision because it’s a terrible decision.” pic.twitter.com/nYF1O1bM94