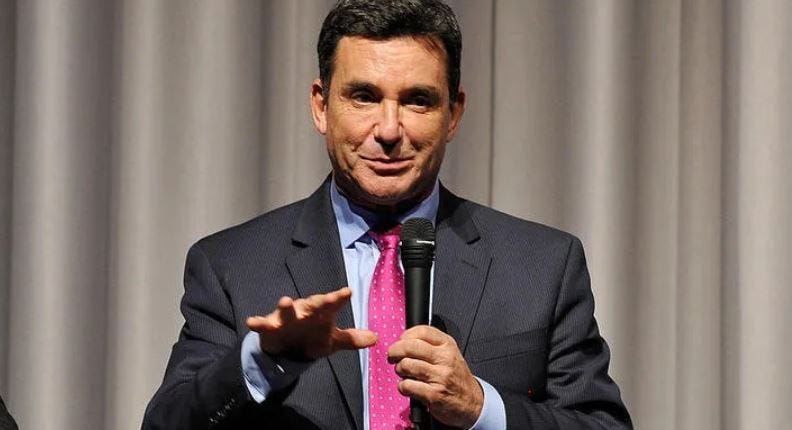 The former medical correspondent for NBC-4 appeared before a judge today for allegedly using an online messaging app to ask a 9-year-old girl for sexually suggestive photos.

Dr. Bruce Hensel, an Emmy-winning former television medical correspondent in Los Angeles and New York, was arrested on November 13. Hensel's charge is one felony count of contact with a minor for sexual purposes.

Hensel, 71, of Pacific Palisades, according to an online biography, won multiple Emmy Awards while serving as a chief medical correspondent for NBC4. He recently produced and directed a Showtime documentary titled "Beyond the Opposite Sex," focused on transgender relationships.

"Dr. Hensel is completely innocent of the charge," Hensel's attorney, Steve Sitkoff, said after his client's arrest. "We are cooperating with the authorities and look forward to a speedy and complete exoneration."

According to City News Service, L.A. Superior Court Judge Teresa Sullivan ordered Hensel to return to the downtown Los Angeles courthouse Jan. 14, when a date is scheduled to be set for a hearing to determine if there is sufficient evidence to allow the case against him to proceed to trial.

If convicted as charged, Hensel faces up to 18 months in prison, according to the District Attorney's Office.

After pleading not guilty to a felony charge of contacting a minor for sexual purposes...former #KNBC medical correspondent #DrBruceHensel leaves the courthouse in downtown #LosAngeles. @KNX1070 pic.twitter.com/Mi3M4bd7Qr