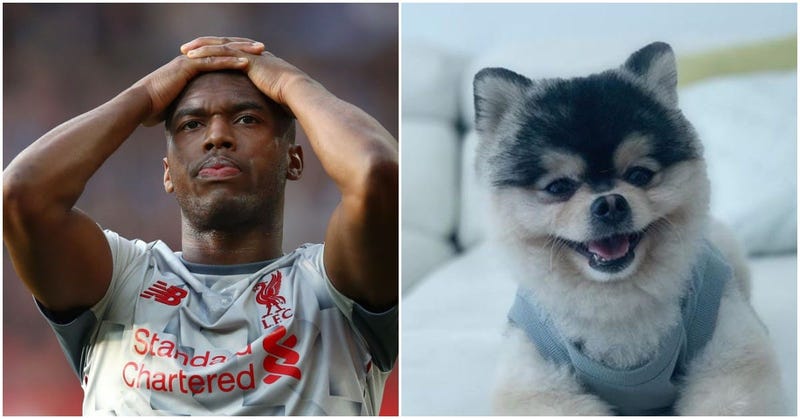 LOS ANGELES (CNS) - English soccer player Daniel Sturridge pleaded Tuesday for the return of his Pomeranian Lucci, stolen early today from the Hollywood Hills home where he is staying.

Wednesday the Liverpool striker got good news, as Lucci has been found and returned to him.

Initially, he'd offered up to $30,000 for the pooch's safe return.  LA police say the dog was found early Wednesday morning and no arrests have been made in the case.

Somebody stole my dog. I’ll pay anything. I want him back.

"Somebody stole my dog. I'll pay anything. I want him back," one of the captions of his posts said.

Los Angeles police said they received a call at about 1:30 a.m. Other personal property was taken from the home besides the dog, police said. No one was home when the burglary occurred.

Another video showed what appeared to be surveillance video of three people walking inside the home.

"Burglary happened in the last 2 hours apparently 3 men stole my dog and 4 bags," read a caption on one of Sturridge's post.

Sturridge played most recently for Liverpool F.C. of the English Premier League.

music
Ringo Starr’s grandson and Liam Gallagher’s son charged with assault, together
music
Someone has hit 100 million TikTok followers for the first time
music
Johnny Rotten admits to flea bites on 'my willy' from allowing squirrels inside his home
music
Billie Joe Armstrong of Green Day: 'Donald Trump is holding half of the country hostage'
music
Will The Weeknd be bandaged during his Super Bowl Halftime performance?
music
Guitar Center explains why they filed for Chapter 11 bankruptcy