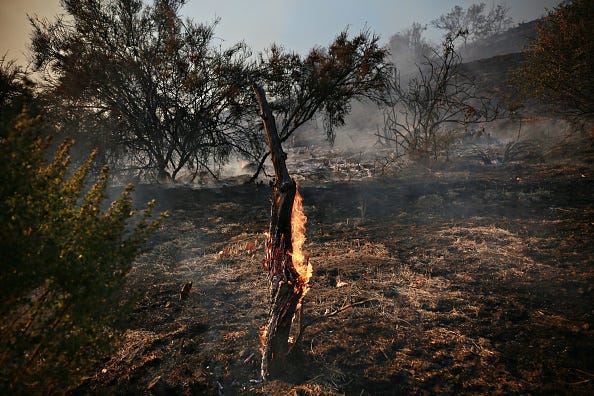 SoCal Edison has warned about 90,000 customers across the region that they could have their electricity turned off to minimize the threat of wildfires amid forecasts of gusty Santa Ana winds.

The utility quadrupled the size of the potential shutdown Monday after initially estimating just over 10,000 customers could be impacted.

Major increases are focused on San Bernardino and Riverside counties in the inland region. Power cuts could also occur to the west in Los Angeles and Santa Barbara counties.

The utilities are trying to avoid disastrous fires linked to power infrastructure being damaged during windy, dry conditions.​

Unincorporated areas including Antelope Valley and the community of Lake Isabella.

Unincorporated areas including the community from Gaviota to Point Concepcion