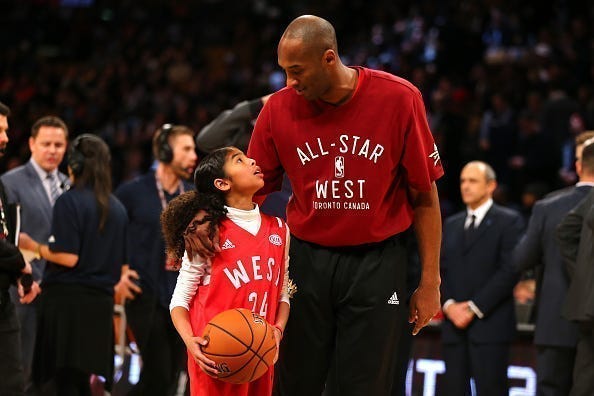 Vanessa Bryant has filed a lawsuit against the Los Angeles Sheriff's Department over claims of deputies who took cellphone photos of the bodies of Kobe and Gianna Bryant following the helicopter crash that killed them along with seven others.

The lawsuit alleges the photos are causing her severe emotional stress.

According to the lawsuit, obtained by TMZ, "no fewer than 8 sheriff's deputies at the crash site, pulled out their personal cell phones and snapped photos of the dead children, parents, and coaches. The deputies took these photos for their own personal gratification."

The suit claims the photos were shared among the deputies, and that one deputy showed the photos to a woman at a bar. According to TMZ, the bartender overheard a conversation and called the sheriff's department to report it.

Bryant alleges Sheriff Villanueva attempted to cover up the photos and she was not given answers about the supposed leak. The suit goes on to say that Villanueva told deputies that if they deleted the pics they would not face disciplinary action.

"Ms. Bryant feels ill at the thought of strangers gawking at images of her deceased husband and child, and she lives in fear that she or her children will one day confront horrific images of their loved ones online," the lawsuit reads.

Island Express, the helicopter company that tragically crashed with Kobe Bryant and 8 others on board, is suing two air traffic controllers they claim were responsible for the crash.

Island Express alleges the pilot asked the air traffic controllers for guidance due to heavy fog, but the controllers denied the pilot use of what could have been life-saving radar, according to TMZ. Even though radar guidance had not yet been lost.

"I'm going to lose radar and comms [communications] probably pretty shortly so you can just squawk V-F-R [visual flight rules] and when you get closer go to Camarillo tower," one pilot said according to the lawsuit.