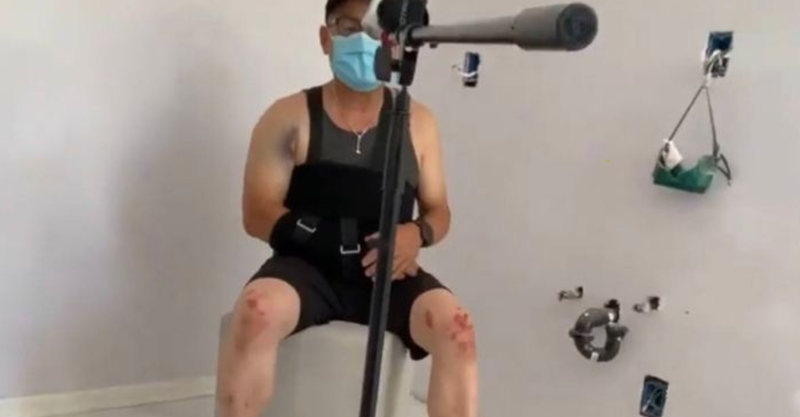 A Huntington Park man has lost his entire life savings, as a thief beat him and stole $200,000 in a parking lot Thursday in broad daylight.

According to the victim's attorney, Nathan Sloeimani, Francisco Cornejo didn't tell anyone he was about to withdraw all of his savings from a Chase Bank in Huntington Park on July 30 following the sale of his home.

As seen in a video captured by a bystander, Cornejo walks to his car, and the suspect grabs the bag with the money in it. Cornejo attempts to fight for the bag, but the thief badly beats him and ends up running off.

“Within 30 seconds of just getting to his car, he was grabbed, beaten, robbed, and they took everything from him,” Soleimani, told KTLA.

"My father went to the bank to withdraw money that he and my mother have worked for their whole life," Cornejo's daughter, Sindy Flores, wrote on the GoFundMe page set up for medical expenses for her father.

"My father suffered from a dislocated shoulder, severe trauma to the head, and scratches and bruises all over his body," Flores writes. She says her parents are dependent on the money as Cornejo and his wife are both unemployed and care for Flores' 94-year-old grandmother, pay for her sister’s graduate school tuition, and send money to family in Mexico and El Salvador.

Soleimani says he believes the robbery was a random act. “We are just asking for people to come forward if they have any information that can lead to the arrest of the individuals who robbed and beat my client,” he said.

Huntington Park Police are asking the public to call them with any tips or leads about the crime.