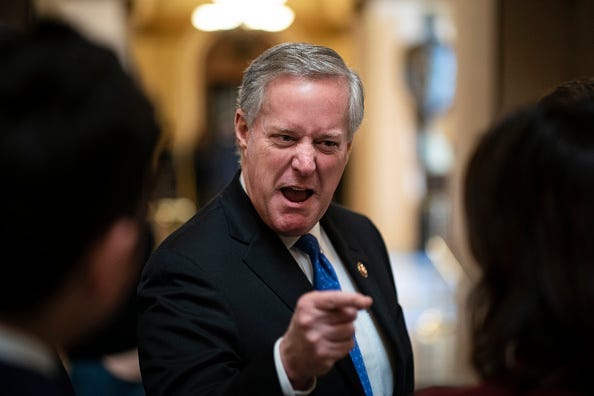 After hours of debate, the U.S. House of Representatives has voted to impeach President Donald Trump on article one, abuse of power and article two, obstruction of Congress.

Trump now faces a trial in the Republican-controlled Senate.

Trump is the third president in American history to face impeachment by the House.

The vote comes after the House Judiciary Committee approved the articles of impeachment last week.

Schiff said "it's clear what we need to do is protect the integrity of the next election as well as protect our national security and that is to impeach this president."

Papadopoulos dismissed the impeachment of President Trump as a is a waste of time, adding that he thinks it is "going to hurt the Democrats in 2020."

George Papadopoulos talks about the Democrats and impeachment

When asking if he would meet with Papadopoulos, Schiff told the hosts he would not.

"Honestly, I probably wouldn't take that opportunity. This is someone, after all, who plead guilty to lying to the FBI so whether you could rely on anything he would tell you is rather in question," Schiff said. "But yes, the beginning of this investigation owes a lot to George Papadopoulos. He is the one that related the conversation he had with a Maltese professor with links to Russia, that the Russians were in possession of Clinton emails or information that would be damaging to Clinton which they could anonymously provide to the Trump campaign or anonymously provide to the public and the revelation of that conversation is what began the investigation. As the AG report makes clear that has nothing to do with steel dossier it had everything to do with Mr. Papadopoulos and his interactions with this Maltese professor with Russian links."

KNX asked Papadopoulos about his guilt regarding lying to the FBI.

Papadopoulos is now aiming to be a member of congress from SoCal. Host Charles Feldman asked him what he knew about the state -- did he even know where Disneyland was?

The House Judiciary Committee released a full report Monday, which formally laid the groundwork for the vote, saying Trump “betrayed the nation by abusing his high office to enlist a foreign power in corrupting democratic elections," according to an AP story.

Democrats allege that Trump allegedly abused presidential powers during his interactions with Ukraine -- by using aid to ask President Volodymyr Zelenskiy to investigate not only former Vice President Joe Biden and his son, Hunter, but also investigate meddling in the 2016 election.