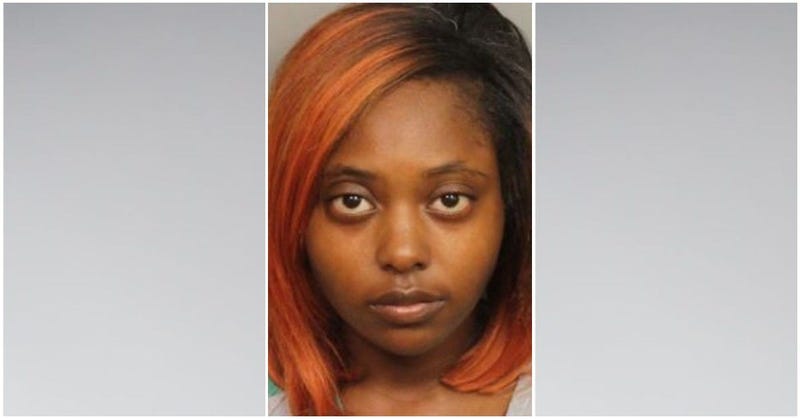 In 2018 a pregnant Marshae Jones, of Alabama, was involved in a fight that lead to a shooting that ended with the death of her unborn child. At the time, Ebony Jemison, 23, was charged with murder, and then manslaughter. Now, Jones is behind bars. Wednesday, the charges against Jemison were dropped, and Jones, 28, was charged with manslaughter and booked into jail on a $50,000 bond, according to Jefferson Country, Alabama authorities.

Jones' crime was instigating the fight that would result in the death of her unborn fetus.

“The only true victim in this was the unborn baby,” Lt. Danny Reid of the Pleasant Grove Police Department said after the shooting last year, AL.com reported. “It was the mother of the child who initiated and continued the fight which resulted in the death of her own unborn baby.”

Alabama is one of 38 states with fetal homicide laws and is ground-zero for a heated abortion debate. In May, the governor signed a controversial bill banning abortion at every stage of pregnancy and criminalizing doctors who perform the procedure.

Jones' case sits directly at the center of the debate, as abortion rights groups defend her and other women of color, who they say are more stringently treated by the laws.

“This is how people — especially women of color — are already being punished & having their pregnancies criminalized,” the National Abortion Federation, a professional association of abortion providers, said in a statement.

A pregnant woman was shot in the stomach during a fight. The shooting caused her pregnancy to end. She has been indicted for manslaughter. This is how people-- especially women of color-- are already being punished & having their pregnancies criminalized. https://t.co/lVll81dOtC

“When a five-month pregnant woman initiates a fight and attacks another person, I believe some responsibility lies with her as to any injury to her unborn child,” Lt. Reid said, according to the New York Times. “That child is dependent on its mother to try to keep it from harm, and she shouldn’t seek out unnecessary physical altercations.”

Marshae Jones was indicted for manslaughter for losing a pregnancy after being shot in the abdomen FIVE times. Her shooter remains free. We're going to get Marshae out of jail and assist with her legal representation. #reprojustice #reproductivejusticehttps://t.co/PZNf3aNUe2 pic.twitter.com/gVvGI6DwMq