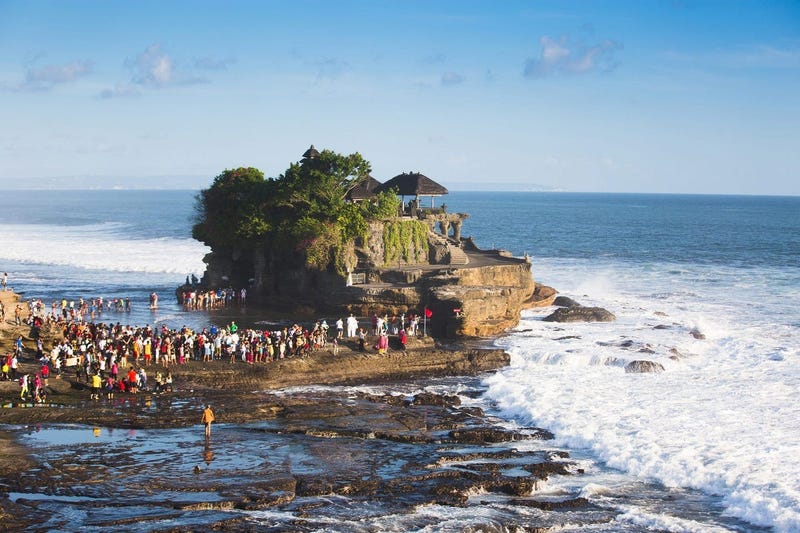 “They miss their church families,” Pastor Barry Sappington, who helped organize the gathering told NBC 7 in San Diego. “They miss worshipping. Worship is a core part of a Christ follower’s life and as you can see people don’t want to go anywhere, they want to gather, they want to worship and this is a perfect venue for them to do so.”

Over 1,200 people hit the beach in #Cardiff to protest the health order that prevents them from worshipping in church. Lots of love, not much social-distancing. pic.twitter.com/9skaED0U2M

One participant told NBC 7 she was frustrated about her church closures.

“It’s such a double standard, right? You have protesters who can go out, do gatherings like this and nothing is spoken about; if anything, it's praised," the woman said. "But then we’re not allowed to gather in church on Sunday.”

Most of the crowd were not wearing masks and were encouraged to be physical with one another.

“But it happened, so we will believe that everybody is going to be fine,” Pastor Sappington said. “We’ll pray that they’ll be protected.”

California State Parks Lifeguards told NBC7 the group had not been issued a permit for the gathering.

A mid-Wilshire Ralph's supermarket employee was suspended after she pepper-sprayed a man who refused to wear a face mask.

CBS Los Angeles reported that the Ralphs supermarket employee allegedly said the customer rammed her with a shopping cart preceding the incident.

On July 15, it was reported that the employee approached the man at the store in Central Los Angeles. The employee told the man he had to wear a face mask or leave the business.

According to the report, the customer rammed the employee with his shopping cart. In response, “she pepper-sprayed him and called the police.”

The incident was recorded in a cellphone video. A witness in the supermarket said they saw the man causing chaos in the store.