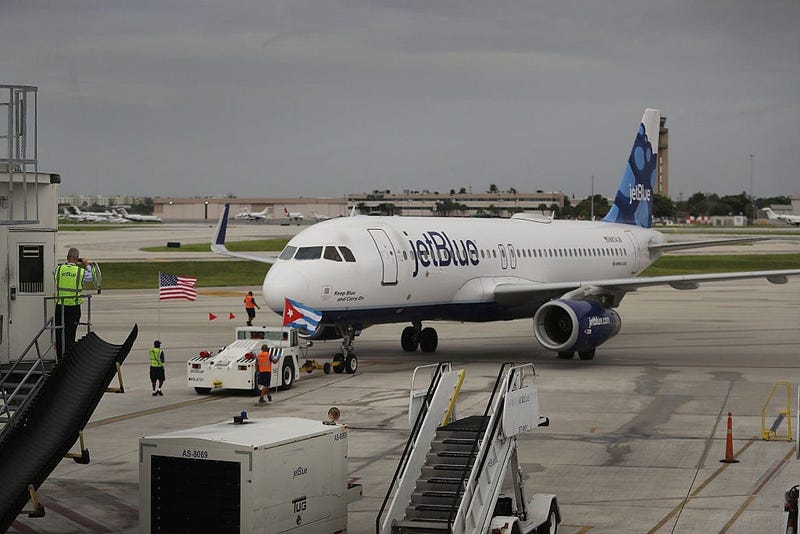 (KNX 1070) -- In a lawsuit filed Monday, two JetBlue pilots are being accused of drugging and raping three female airline workers during a layover in Puerto Rico -- leaving one of the alleged victims with a sexually transmitted disease.

The incident is alleged to have taken place on May 9, when flight officers Eric Johnson and Dan Watson met the female crew members at a beach, where they all began drinking together.

"The beer was laced with a drug, and after that point, the rest of the night became a blur for [the women]," the lawsuit reads.

The crew workers, identified in the suit as Jane Doe 1 and Jane Doe 2, (a third is unnamed) ended up at the Intercontinental with the pilots, which is where the rape is alleged to have taken place.

The lawsuit claims that "Johnson was on top of [Jane Doe 1] raping her." And that [Jane Doe 1] felt the influence of the drug that [Johnson] laced the beer with, and was unable to react to the situation, but was simply aware that it was happening.

“[Her] flashes of memory included Johnson having sexual intercourse with the other crewmember who was also under the influence of the drugs,” according to the lawsuit.

After the assault, Johnson said, “Thank you for making my fantasy come true,” the papers state.

The following day, Jane Doe 1 and 2, and a third woman said they felt ill, were vomiting, and believed they'd been drugged by the pilots.

According to the New York Post, the women reported the incident to Jet Blue, but no action was taken.

"What happened to my clients is truly horrific, and Jet Blue’s failure to take appropriate action is appalling,” the women’s lawyer, Abraham Melamed to the NY Post.

The women are suing for at least $75,000 each in damages, plus attorney’s fees and costs.