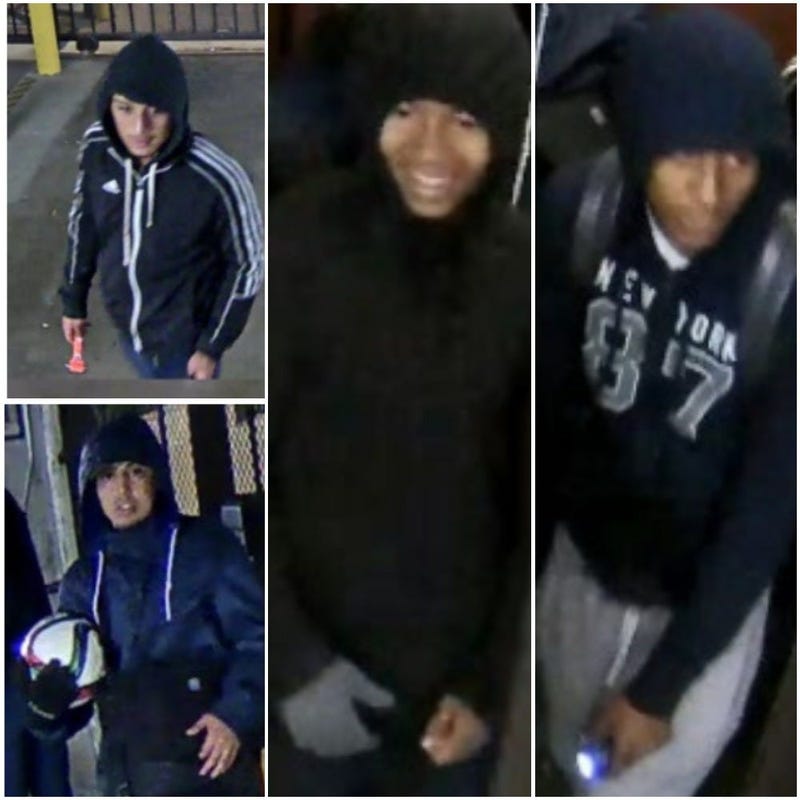 Four suspects were sought today by UCLA police for allegedly breaking into at least 14 vehicles in the garage of an apartment complex in the Mar Vista area of Los Angeles.

On Wednesday, between 1 a.m. and 7:30 a.m., the suspects broke into multiple vehicles in the parking garage of the Venice-Berry Apartments at 11811 Venice Blvd., according to a statement from the UCLA Police Department.

In at least two of the burglaries, the suspects entered unlocked vehicles. In the other 12, the suspects smashed the vehicle's windows, police said.

All victims are students or staff members at the university, police said.

Anyone with information about these burglaries was asked to call UCPD detectives at 310-825-1491.