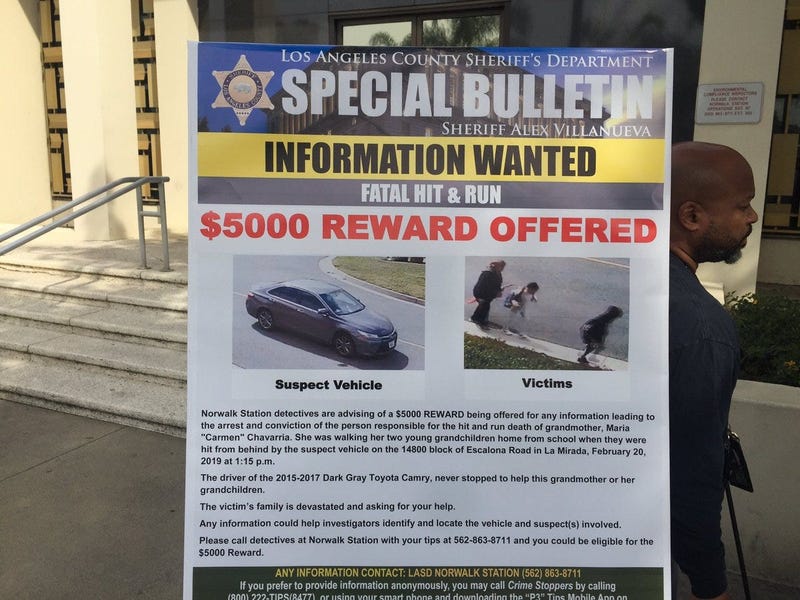 It happened in front of her grand-kids, near Escalona Elementary School.

Authorities today continued their search for the hit- and-run motorist responsible for fatally injuring a woman who was walking her grandchildren home from school in La Mirada last month.

A late-morning news conference was planned by authorities to publicize a $5,000 reward offered for help in solving the case and to release security video of the suspect vehicle in the neighborhood where the fatality occurred.

"The driver of the 2015-2017 dark gray Toyota Camry never stopped to help this grandmother or her grandchildren," sheriff's Deputy Trina Schrader said. "The victim's family is devastated and asking for your help."