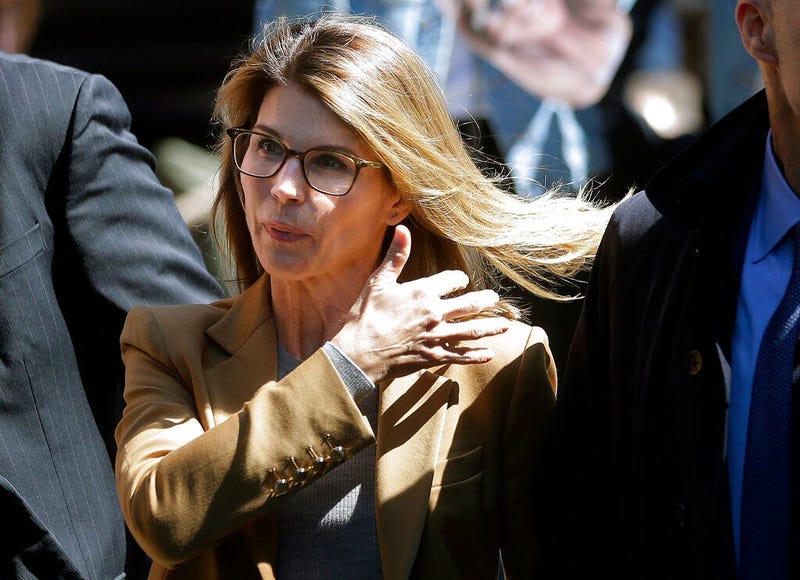 A source says actress Lori Loughlin feels wronged in the college admissions scandal and is urging her lawyers to fight charges she bribed to get her two daughters into USC.

The source close to discussions about the case tells the LA Times that Loughlin and her husband, fashion designer Mossimo Giannulli genuinely feel they were duped.

LA legal analyst and defense attorney Lou Shapiro tells KNX that her legal team is searching for holes in the prosecution case:

"Did she know, in fact, know about this whole conspiracy or did she find out closer in time to when the news broke like everybody else did? Her lawyer will probably be looking for evidence that paints her as a victim of a crime rather than the one who was perpetrating it," he said.

Loughlin and Giannulli were hit with a new charge in the sweeping college admissions bribery scheme.

The move comes after fellow actress Huffman, 12 other parents and a coach agreed to plead guilty — signaling an escalation in the case against the parents who are continuing to fight the allegations against them.

Loughlin and Giannulli were among 33 prominent parents accused of participating in a scheme that involved rigging college entrance exams and bribing coaches at elite universities.

They were arrested last month on a single charge of conspiracy to commit mail and wire fraud. An indictment brought Tuesday adds a charge of money laundering conspiracy against the couple and 14 other parents.