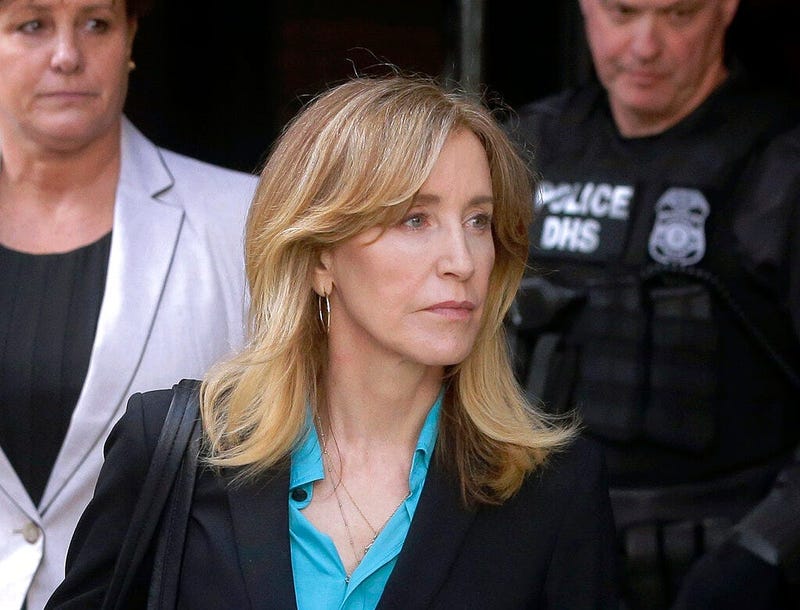 Federal prosecutors told the judge they want Huffman to serve four months in prison and pay a $20,000 fine.

Huffman, of "Desperate Housewives" fame, allegedly paid $15,000 to have someone correct her daughter's SAT answers. She and other parents are accused of using a consultant, Rick Singer, who allegedly paid off administrators to allow someone to take tests for the students.

She was charged in March along with the other parents, including Lori Loughlin from "Full House," in an operation called ""Operation Varsity Blues." She has agreed to plead guilty and prosecutors have said they will seek between four to 10 months in prison.

Netflix officials decided to move the release date of a film starring Huffman.

"I am in full acceptance of my guilt, and with deep regret and shame over what I have done. "