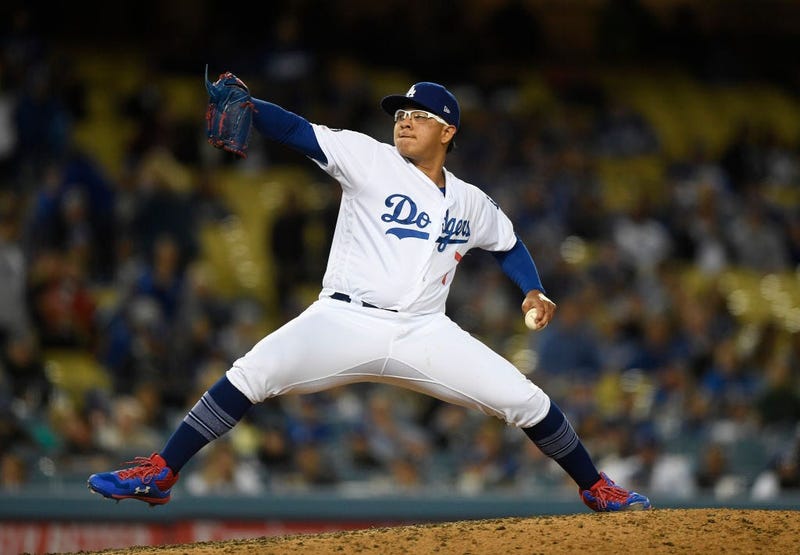 Los Angeles Dodgers pitcher Julio Urias was placed on administrative leave Tuesday by the Major League Baseball League after he was arrested Monday night on suspicion of misdemeanor domestic battery.

He was placed on a seven-day administrative leave as the MLB conducts its own investigation into the reports that he allegedly shoved a woman to the ground during an argument in the Beverly Center parking lot.

Urias is free on bail and is due in court June 4, but Miller says even if he's not found guilty, Major League Baseball could still dole out a lengthy ban. Miller gives the example of Astros pitcher Roberto Osuna, who settled domestic violence allegations out of court, but was nonetheless hit with a 75-game suspension.

Urias was arrested on a domestic violence charge at the Beverly Center shopping mall Monday night.

The incident took place at 7:30 p.m. Monday in a parking structure for the Beverly Center shopping mall, where a witness said they saw Julio Urias arguing with a female companion and then allegedly pushed her to the ground.

The female companion told officers nothing physical happened, it was just a heated verbal exchange.  But police apparently checked surveillance video and then arrested Urias.

He spent the night in jail and was reportedly released Tuesday morning on $20,000 bail.

An initial court date has been set for June 4.

The Dodgers responded to the arrest Tuesday morning saying in a statement: "We learned about the alleged incident this morning and are in the process of gathering information," the Dodgers said in a statement issued Tuesday. "As a result, we have no comment at this time regarding the incident. However, every allegation of domestic violence must be taken seriously and addressed promptly, and we will cooperate fully with the authorities and Major League Baseball to ensure that that happens in this case."

Urias has been having a good season for the Dodgers winning 2 games and saving two others.