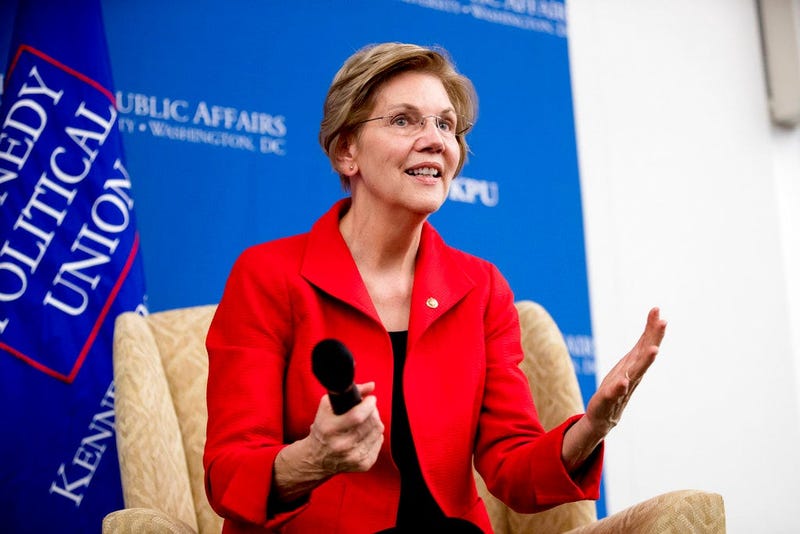 Sen. Elizabeth Warren is unveiling a student loan forgiveness proposal she claims will cancel up to $50,000 of debt for more than 42 million Americans. That's in addition to her plan for free college tuition at two and four-year institutions.

A major goal of the plan is to reduce the wealth gap between minorities and whites. Her campaign also believes it will buoy the economy by increasing home-buying rates and allowing for more business creation.

But under Warren's higher education proposals, many students would already have less debt or none at all. She wants to provide free undergraduate tuition at all two-year and four-year public institutions, as well as boost federal grants to help students with other college-related costs like books and room and board. Her proposal would invest an additional $100 billion over the next decade in Pell Grants, too.

"Higher education opened a million doors for me," Warren writes. "It's how the daughter of a janitor in a small town in Oklahoma got to become a teacher, a law school professor, a U.S. senator, and eventually, a candidate for president of the United States."

"Today, it's virtually impossible for a young person to find that kind of opportunity," she wrote.

Her proposal has garnered support from groups like the American Federation of Teachers, but it's sure to draw criticism from conservatives and even centrists in her own party who are likely to consider the proposal unfeasible.

President Trump himself has declared student loan debt to be one of the nation's greatest burdens, telling students at a White House event on free speech earlier this year that his administration is looking for ways to reduce that burden and make schools take more of the risk.

"Student loan debt, I'm going to work to fix it. because it's outrageous what's happening. You're not given that fair start. You're too far down. It's not right and we're going to work very, very hard to get it fixed," the president said in March.