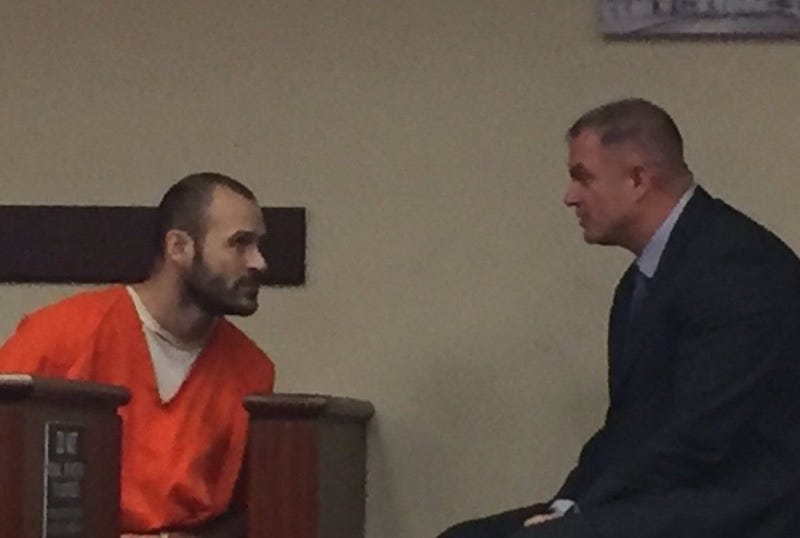 The father of 8-year-old Noah McIntosh was due in court this morning in Riverside to answer to a charge of murder in connection with his son’s death.

Arraignment has been rescheduled for today for Bryce Daniel McIntosh, who has been charged with his torture and murder.

Through his attorney McIntosh pleaded not guilty to child abuse and murder in connection with his son Noah’s death. He’s due back in court April 16.

The father of 8yo Noah McIntosh is in court. Bryce McIntosh of Corona is set to be arraigned on charges of murder & child abuse in connection with Noah’s death. @KNX1070 pic.twitter.com/HnvuFF8ZUN

Investigators believe the evidence collected to date is enough for the first-degree murder charge filed against McIntosh,  even though his son Noah’s remains have not been found.

The father of 8yo Noah McIntosh is in court. Bryce McIntosh of Corona is set to be arraigned on charges of murder & child abuse in connection with Noah’s death. @KNX1070 pic.twitter.com/HnvuFF8ZUN

McIntosh is said to have done online searches for things such as the ‘normal heart rate’ for an 8-year-old and bought a number of items including a 32-gallon trash can and a bottle of sulfuric acid.

His cell phone showed he traveled to several areas throughout the county in the days after Noah disappeared,  a search of those areas resulted in the discovery of a trash can, gloves and a plastic bag with blood residue.

The Corona Police announced that a missing eight-year-old boy was a victim of a homicide last week during a press conference.

“We did collect trace evidence that leaves no doubt that Noah was the victim of a homicide,” says Corona Police Department.

They also filed a murder charge against the father of Noah McIntosh, according to the Corona Police Department. The child’s mother remains jailed on child abuse charges.

Corona police say the body of missing 8-year-old still hasn't been found, but they have recommended to prosecutors that a murder charge be filed against his father, Bryce Daniel McIntosh. The boy's mother, Jillian Marie Godfrey, remains jailed on suspicion of felony child endangerment.

The father of 8yo Noah McIntosh is set to be arraigned on a murder charge today. The boy was last seen by his mother March 2nd. @KNX1070 pic.twitter.com/WQk0RK1X8H