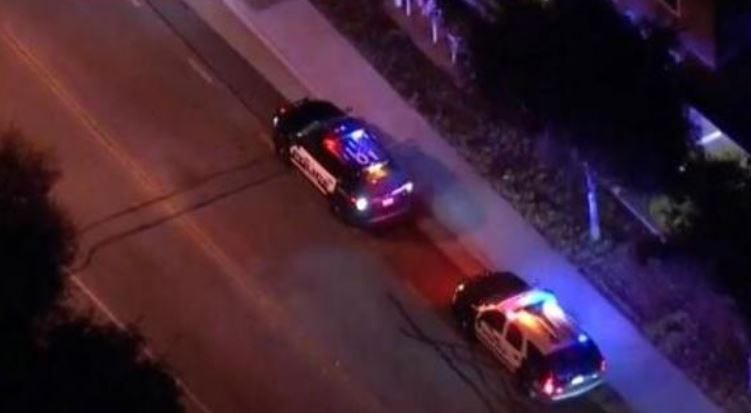 Authorities said the unidentified student was walking her dog when she was assaulted from behind.

The stabbing happened just before 10 p.m., officials said. Campus police were investigating along with Irvine police.

The student was transported to a nearby hospital and reported in stable condition.

The suspect was described as a "man with a large build." He remained at large.

The school sent an email and text to students ordering them to secure in place.

Later, campus police said they'd checked the campus thoroughly and had no reason to believe the suspect was in the area, so students could resume normal activities.

sports
New York Giants' Will Hernandez reportedly tests positive for coronavirus
music
Jimmy Fallon details his 'biggest revelation' after becoming a father
sports
Tony La Russa named White Sox's new manager
music
You have to see Halsey's 2020 Halloween look: 'Make it horror’
music
Everything we know about Gwen Stefani's engagement ring from Blake Shelton
sports
Emmanuel Sanders opens up on COVID experience: 'I don't want to wake up in the middle of the night and I can't breathe'