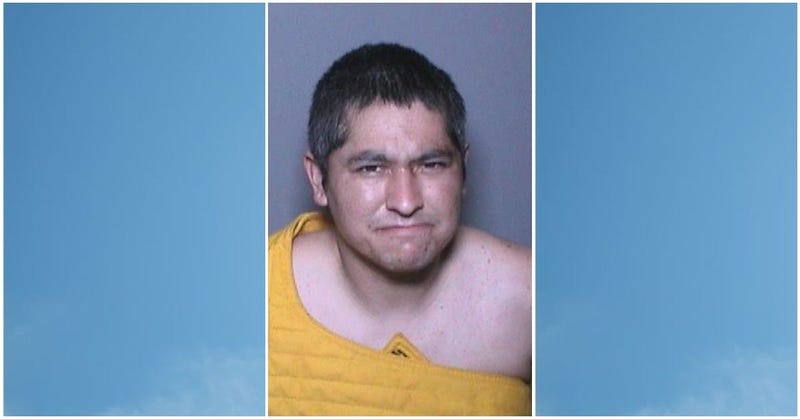 LAKE FOREST, Calif. (AP) — A Southern California man was booked on a slew of charges Wednesday in a rampage that included repeatedly stabbing a woman after breaking into her home and hitting a bystander with a carjacked BMW before eventually being taken down by a pepper spray-wielding bicyclist.

The man, identified as James Carlos Melendrez of Anaheim, was booked on two counts of attempted murder, carjacking and attempted carjacking. He was being held on $2 million bail.

It's unclear whether Melendrez, 25, has an attorney. He has a court appearance set for Thursday.

#OCSDPIO Suspect in Lake Forest attempted murder is James Carlos Melendrez, 25, of Anaheim. He has been booked into Orange County Jail on suspicion of two counts of attempted murder, carjacking, and two attempted carjackings. He is being held on $2 million bail. pic.twitter.com/5A4NCYYH2y

The trouble began Tuesday evening when the Orange County Sheriff's Office said Melendrez got into a fight in Lake Forest and ran into a stranger's home, where he fled after being confronted by a man inside.

Melendrez then ran to another stranger's home where a woman in her 40s and her two teenage daughters were inside. There he smashed a back window and grabbed a knife in the kitchen, the sheriff's office said.

Trying to draw Melendrez away from her daughters, the woman ran outside, where Melendrez chased her down the street and began repeatedly stabbing her after she fell, they said.

People inside a BMW who saw the attack stopped to help. Melendrez turned on them and chased them before stealing their car, the sheriff's office said.

Melendrez then fled the neighborhood, drove into oncoming traffic and hit a woman in her 50s who was on the sidewalk before he eventually collided with another car and fled on foot, the sheriff's office said.

Melendrez attempted another home break-in and other carjackings before a male bicyclist stopped and pepper-sprayed him. Deputies arrived moments later, arrested Melendrez and took him to the hospital for a gash on his arm he got while breaking into the home of the woman he stabbed, the sheriff's office said.

The women who were injured were taken to the hospital in critical condition but are expected to survive.

Deputies say just nine minutes passed from the time the first call came in about Melendrez to the time he was in custody.

Sheriff's spokeswoman Carrie Braun said investigators are looking into whether drugs were involved.