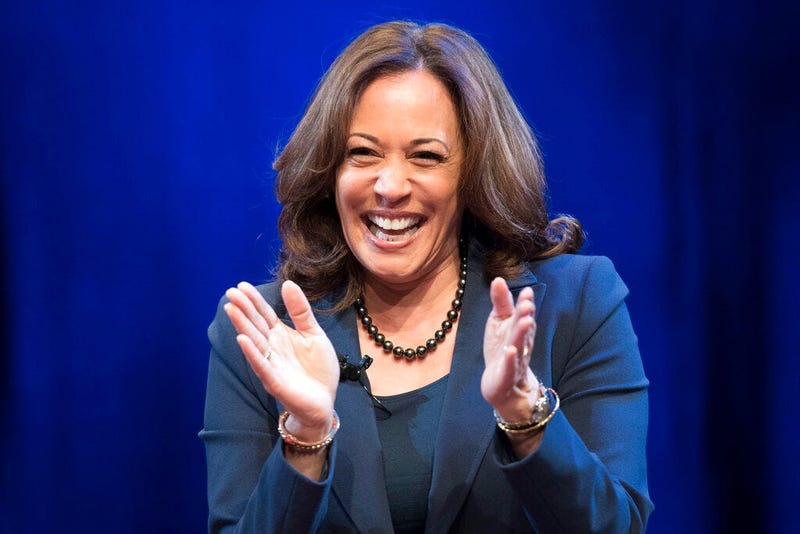 (KNX 1070) -- According to a new poll from Quinnipiac University, California Democrats would be thrilled with a Senator Kamala Harris presidential bid, but equally happy to see former Vice President Joe Biden in the role.

Although Biden has yet to officially declare his candidacy, he rated a bit higher in the poll with 60 percent over Harris at 59 percent.

Coming in at third place for Dem. excitement are Senators Elizabeth Warren of Massachusetts and Bernie Sanders of Vermont, and rounding out the fourth place was Texas Congressman Beto O'Rourke at 40 percent. Senator Kirsten Gillibrand didn't fair well, coming in at sixth place with a low 21 percent.

Before Harris supporters can get too happy about her run, however, only 40 percent of California voters thought she would make a good president.

“There’s a level of respect for her, but this poll doesn’t say people believe she should be president,” Tim Malloy, assistant director of the university’s poll told The Sacramento Bee.

“While Sen. Harris gets the nod for generating excitement among California Democrats, the total pool of voters is noticeably ambivalent about whether she has what it takes to be a good president,” he added.