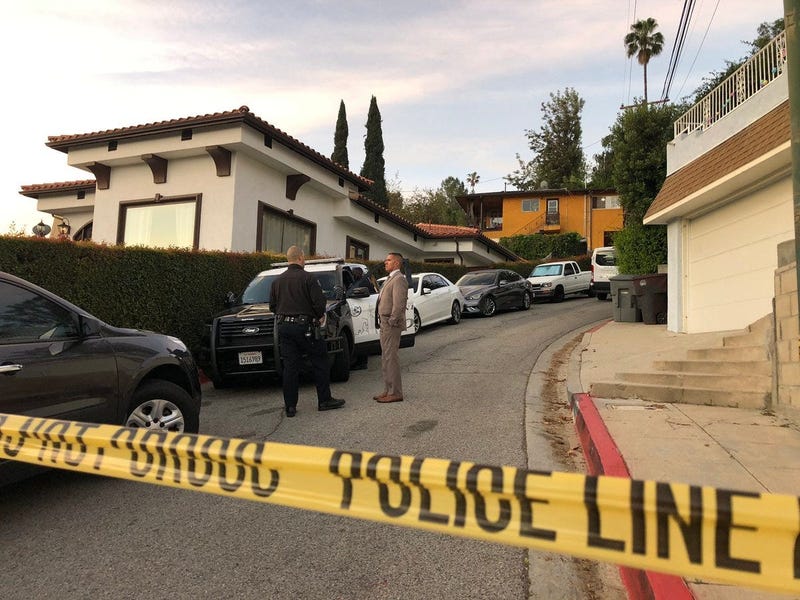 Police in Glendale are still working to find suspects and a motive for a triple murder in an upscale section of the city.

The three Men one in his 50’s the other two in their 30’s were found shot to death in two areas of the home on Columbia Drive.  One is believed to be the owner of the home.

Glendale Police Sgt. Dan Suttles says beyond the forensic evidence at the scene. Detectives are hoping a home surveillance system will provide some answers.

More information about a possible motive for the killings will no doubt emerge once the coroner makes a positive identification of the victims.

Three men were found dead this morning inside a home in Glendale.

Police responded about 12:15 a.m. to calls from neighbors reporting shots fired in the 1300 block of Columbia Drive, just west of Adams Street, and found three men dead inside the home, according to Sgt. Dan Suttles of the Glendale Police Department. He said one victim lived in the home, and that area residents are in no danger.

A motive for the shooting was not disclosed.

Detectives and crime scene technicians are gathering evidence at a home in Glendale. That’s where police found the bodies of three murder victims. A neighbor heard the shots. @KNX1070 pic.twitter.com/e2bbVeR798

Three men have been found murdered at a home in the Adams Hill area of #Glendale. A neighbor heard the #shooting around 12:15 this morning. @KNX1070 pic.twitter.com/TLyMq6CV8P