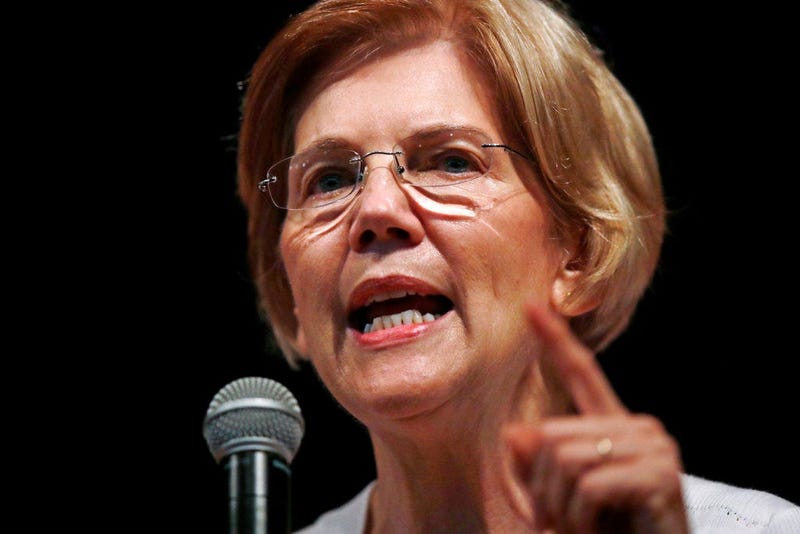 (CBS News) -- Sen. Elizabeth Warren, D-Mass., apologized Wednesday afternoon for claiming she was of "American Indian" origin in a Texas Bar registration card from 1986. Warren said she wrote that she was based on stories her family told about their heritage.

"I am sorry that I extended confusion about tribal citizenship and tribal sovereignty and for harm caused I am also sorry for not being more mindful of this decades ago tribes and only tribes determine tribal citizenship," Warren told reporters, reiterating she had apologized to the Cherokee Nation for taking a DNA test in October showing she had a small percentage of Native American descent.

Warren apologized to leaders of the Cherokee Nation earlier this month. The Cherokee Nation criticized Warren's announcement, saying her use of a DNA test is "useless" for determining tribal citizenship and that using DNA analysis to determine connection to any tribal nation is "inappropriate and wrong."

Warren released the results of the analysis in October in response to President Trump's frequent mocking of Warren's ancestry claims and derisive references to her as "Pocahontas." At a debate with her Republican opponent in her Senate race in October, she said she took a DNA test and posted a video about it because she believes one way to rebuild trust in government is by posting her full family history online "so anybody can take a look. ... I believe one way that we try to rebuild confidence is through transparency."

However, her apology is unlikely to end criticism of Warren's references to her heritage. Mr. Trump has referred to Warren as Pocahontas for years, going so far as to offer $1 million to a charity of her choice if she took a DNA test that proved her claims at a rally in July. But Mr. Trump denied ever saying that in an interaction with reporters in October.

Asked about his comments by a reporter back then, Mr. Trump said he would only do so if she won the Democratic nomination and if he could administer the DNA test personally.

"You mean if she gets the nomination, in the debate where I was going to have her tested? I'll only do it if I can test her personally. That will not be something I enjoy doing either," the president said.