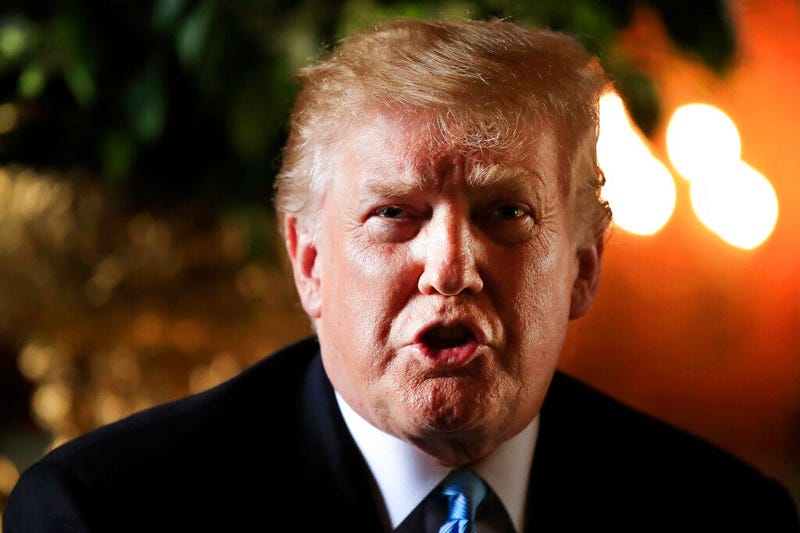 President Donald Trump is taking the first steps to cut direct aid to El Salvador, Guatemala and Honduras, whose citizens are fleeing north and overwhelming U.S. resources at the southern border.

The State Department says it will work with Congress to suspend 2017 and 2018 payments to the trio of nations. All have been home to some of the migrant caravans that have marched through Mexico to the U.S. border.

Trump has turned the caravans into the symbol of what he says are the dangers of illegal immigration.

The president also has returned to a previous threat he never carried out — closing the border with Mexico. He brought up that possibility on Friday and revisited it in tweets Saturday, despite warnings that a closed border could create economic havoc on both sides.

Mexico must use its very strong immigration laws to stop the many thousands of people trying to get into the USA. Our detention areas are maxed out & we will take no more illegals. Next step is to close the Border! This will also help us with stopping the Drug flow from Mexico!

It would be so easy to fix our weak and very stupid Democrat inspired immigration laws. In less than one hour, and then a vote, the problem would be solved. But the Dems don’t care about the crime, they don’t want any victory for Trump and the Republicans, even if good for USA!

Congressional Democrats say President Donald Trump's move to cut aid to three Central American countries will only increase the flow of immigrants to the United States.

The State Department's announcement that it would be cutting aid to Honduras, El Salvador and Guatemala at Trump's order came as leading House Democrats were on a congressional visit Saturday to El Salvador.

House Foreign Affairs Committee Chairman Eliot Engel and other lawmakers say in a statement that U.S. aid is helping those countries deal with the root causes of migration by families and children.

The State Department says in a statement that it will suspend 2017 and 2018 payments to El Salvador, Guatemala and Honduras.

The Trump administration gave no immediate explanation for the move. Trump has made slowing immigration from those countries through Mexico a bedrock issue of his presidency.

The announcement comes as Trump threatens to shut down the U.S. border with Mexico overall over immigration.

Trump says he is likely to shut down America's southern border next week unless Mexican authorities immediately halt all illegal immigration. Such a severe move could hit the economies of both countries, but the president emphasized, "I am not kidding around."

Trump says that "could mean all trade" with Mexico. Trump has been promising for more than two years to build a long, impenetrable wall along the border to stop illegal immigration, though Congress has been reluctant to provide the money he needs. In the meantime, he has repeatedly threatened to close the border.

But this time, with a new surge of migrants heading north, he gave a definite timetable.