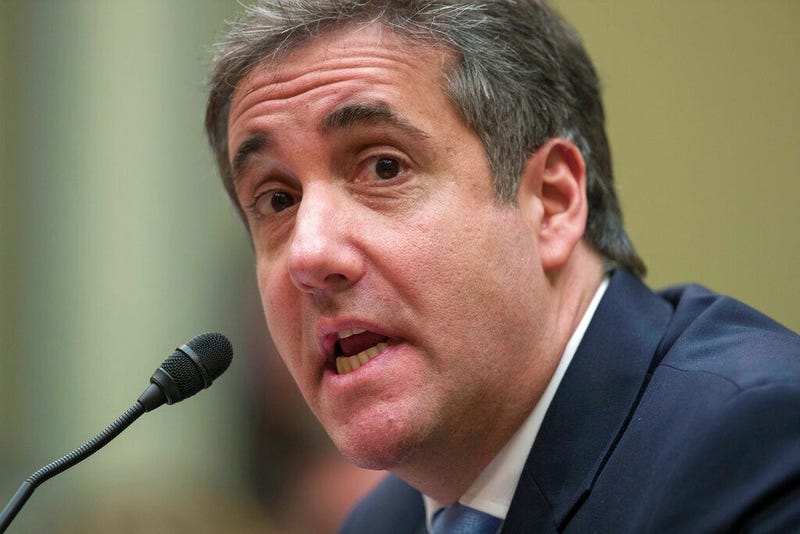 President Donald Trump says he was a "little impressed" that his former personal attorney told Congress there was "no collusion" between Trump's presidential campaign and Russia.

Michael Cohen told U.S. lawmakers on Wednesday that he had no "direct evidence" that Trump or his aides had colluded with Russia to get him elected. That's the primary question of a nearly two-year investigation being led by special counsel Robert Mueller. Cohen has turned on Trump and pleaded guilty to lying to Congress earlier to protect Trump.

Trump was in Vietnam on Thursday for his second summit with North Korean leader Kim Jong Un.

Trump says he tried to watch as much of Cohen's marathon congressional hearing as he could. He slammed the hearing as "fake" and said it was a "terrible thing" for Democrats to hold it during his summit.

A day after publicly casting President Donald Trump as a liar and a racist, his former attorney Michael Cohen is set to testify behind closed doors to the House intelligence committee.

Cohen's testimony Wednesday to the House's oversight committee was damning. The one-time fixer described what he said were incidents about which Trump lied, including the payment of hush money to women.

Cohen said Trump lied throughout the 2016 election campaign about his business interests in Russia and had advance knowledge that emails damaging to Hillary Clinton would be released during the campaign.

Skeptical and at times hostile Republicans noted repeatedly that Cohen has already pleaded guilty to lying to Congress.