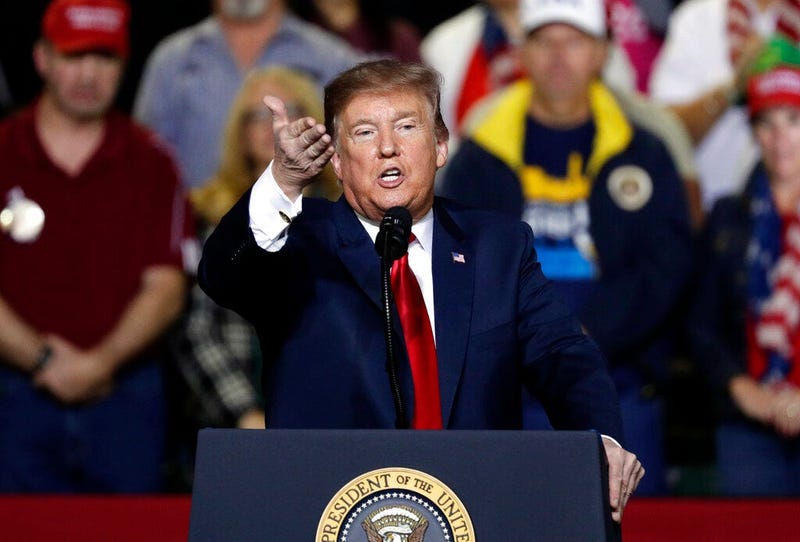 (CBS News) -- A BBC journalist was attacked by a Trump supporter during the president's rally in El Paso, Texas, Monday night. A man wearing a "Make America Great Again" hat entered the press pen and shoved cameraman Ron Skeans from behind before he was pulled away by other media members, the BBC reported.

President Trump was holding the event in El Paso to campaign for a border wall as lawmakers in Washington were working to avert another government shutdown later this week. In the moments leading up to the attack, Mr. Trump was talking about jobs and how the media was misrepresenting him.

Just attended my first ⁦@realDonaldTrump⁩ rally where my colleague BBC cameraman Rob Skeans was attacked by a Trump supporter. The crowd had been whipped up into a frenzy against the media by Trump and other speakers all night #TrumpElPaso pic.twitter.com/Oiw8osPms3

An unidentified man approached the area where credentialed journalists were situated and gave the cameraman a "very hard shove," Skeans said, almost knocking him and his camera over twice. Video from Skeans' camera showed the attacker shouting expletives about the media as he was being dragged away.

President Trump, who frequently goes after media in tweets and rallies, saw the commotion and asked, "You all right? Everything OK?" He offered the media a thumbs-up and continued his speech after Skeans returned the gesture, according to the BBC. Yet during the remainder of the rally, Mr. Trump continued to single out journalists and call them "fake news."

The BBC reports a campaign official suggested afterward that the attacker was drunk.

In a statement provided to CBS News, Trump for President chief operating officer Michael Glassner said, "An individual involved in a physical altercation with a news cameraman was removed from last night's rally. We appreciate the swift action from venue security and law enforcement officers."

"This is a constant feature of these rallies —a goading of the crowds against the media," O'Donoghue said, who added that he had been "spat at before."