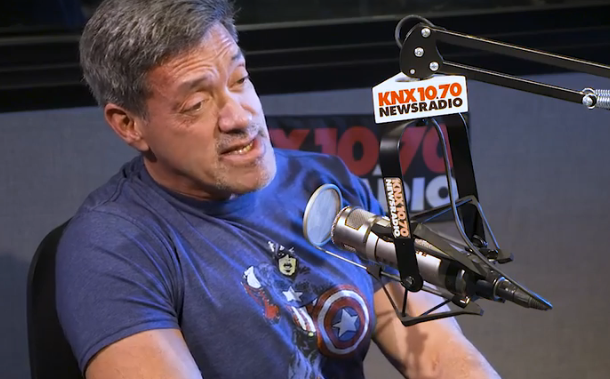 West Hollywood's City Council has voted unanimously to sanction John Duran, who has resigned as Mayor amid sexual harassment allegations.

He remains on the council, and fellow member John Heilman says they decided not to censure Duran:

"I know that there are people in the audience that censure is the most important thing but we are actually taking tangible actions to restrict his ability and his conduct while he is a city official," he said.

Duran will no longer be able to travel at the city's expense or be reimbursed for expenses for a year.

He's also been removed from the subcommittee overseeing the L.A. Pride event.

Meantime, three council seats are up for grabs in today's municipal election in West Hollywood.

On Monday, West Hollywood Mayor John Duran announced today he will give up the title of mayor, but will hold onto his council seat.

In a statement posted on his Facebook page, Duran did not address the recent calls for his ouster or on Monday night's planned council meeting, but said his decision was solely based on health reasons. He was recently hospitalized while dealing with blood clots.

"I am handing the mayor's gavel to my friend John D'Amico as the mayor pro tem to fill the remaining two months of my mayor's term," he wrote. "I am not resigning from council and will complete this term which expires in November of 2020."

The title of mayor is largely ceremonial in West Hollywood, rotating among members of the council.

The City Council is scheduled to meet Monday night, with the agenda including a discussion of "specified actions pertaining to" Duran. The council does not have the authority to remove Duran from office, but it could remove him as mayor, publicly censure him, restrict his ability to take part in city-funded travel or strip him of his committee assignments.

Duran recently resigned as chairman of the board of the Gay Men's Chorus of Los Angeles due to allegations of sexual misconduct with young choir members. Duran has repeatedly denied wrongdoing, although he has conceded having a bawdy sense of humor.