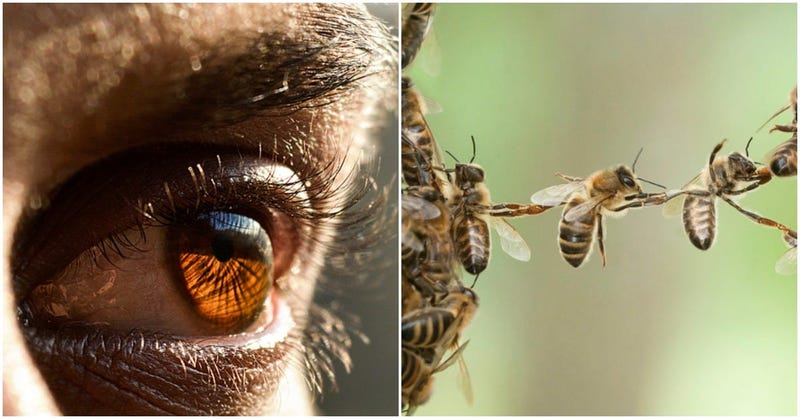 A doctor in Taiwan pulled four small bees out of a 28-year-old woman's eye, shocked that they were living there. The woman, identified as Ms. He, was pulling weeds when the insects flew into her eye, BBC News reported. When her eyes became swollen and painful, she went to a hospital in southern Taiwan.

"She couldn't completely close her eyes," Dr. Hong said. "I looked into the gap with a microscope and saw something black that looked like an insect leg."

Dr. Hong grabbed the leg and slowly pulled one insect out. "Then I saw another one, and another and another. They were still intact and all alive," he said.

Disturbing footage of the sweat bee removal was shared on Taiwanese TV, the BBC reports.

Dr. Hong said the bees don't usually attack people, they just drink their sweat. So, the wind could have blown the pests into Ms. He's eye.

Having four bees in your eye sounds revolting, but Dr. Hong said the situation could have been much worse.

"She was wearing contact lenses so she didn't dare to rub her eyes in case she broke the lens. If she did, she could have induced the bees to produce venom... she could have gone blind."

"This is the first time in Taiwan we've seen something like this," he added.