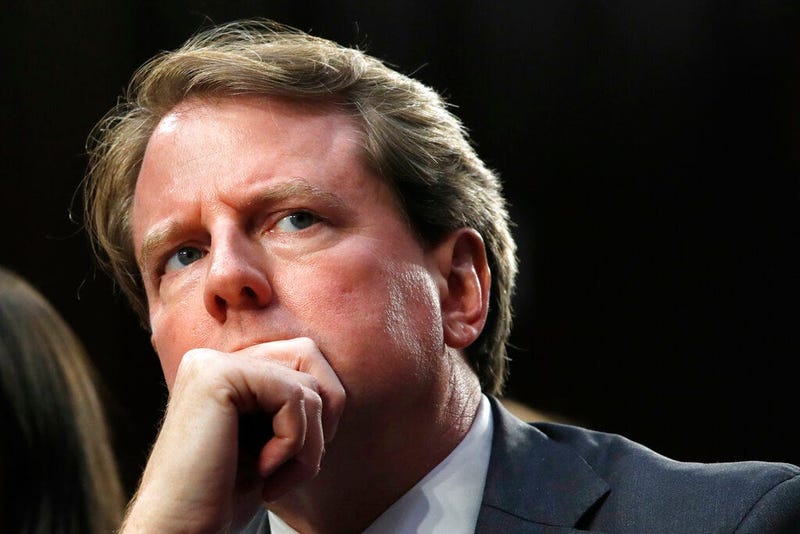 The White House is instructing former counsel Don McGahn not to comply with a subpoena for documents from the House Judiciary Committee, arguing the materials are subject to executive privilege.

White House counsel Pat Cipollone sent a letter to committee Chairman Jerrold Nadler on Tuesday saying McGahn has been directed not to disclose the documents. The committee requested information about McGahn's interactions with President Donald Trump that were provided to special counsel Robert Mueller (MUHL'-ur).

Cipollone says McGahn does not have any "legal right" to the documents because they're under White House control. He says the committee should direct its request to the White House.

McGahn's lawyer, William Burck, says he will "maintain the status quo" and wait for the White House and the committee to reach an agreement.

House Speaker Nancy Pelosi is pushing back on Senate Majority Leader Mitch McConnell's suggestion that the case is closed on the Russian investigation and President Donald Trump's potential obstruction of justice.

Pelosi said Tuesday, "That's just not a fact. The case is not closed."

In a talk at Cornell's Institute of Politics and Global Affairs, Pelosi said Congress "would be delinquent" if it failed to pursue its constitutional duty of oversight.

Pelosi says, "It's about protecting our democracy."

McConnell said Tuesday it's "case closed" with the end of special counsel Robert Mueller's probe into Russia meddling in the 2016 election and contacts with the Trump campaign.

McConnell has called himself the Grim Reaper for stopping House Democrats' legislation in the Senate.

Pelosi said, "Grim Reaper, we have bad news for you. We have good news for the American people."