Excitement filled Nashville for the first night of the NFL Draft on Thursday as one by one, players posed with the jerseys of their new teams. But whatever fans may have thought about their teams' picks, those players were snappy dressers. Who knew that the NFL Draft would present many of the most iconic fashion moments we've seen this year?

The most notable for anyone who caught the broadcast was the getup of Devin Bush, wearing what appears to be a white sling across his perfectly tailored black suit. 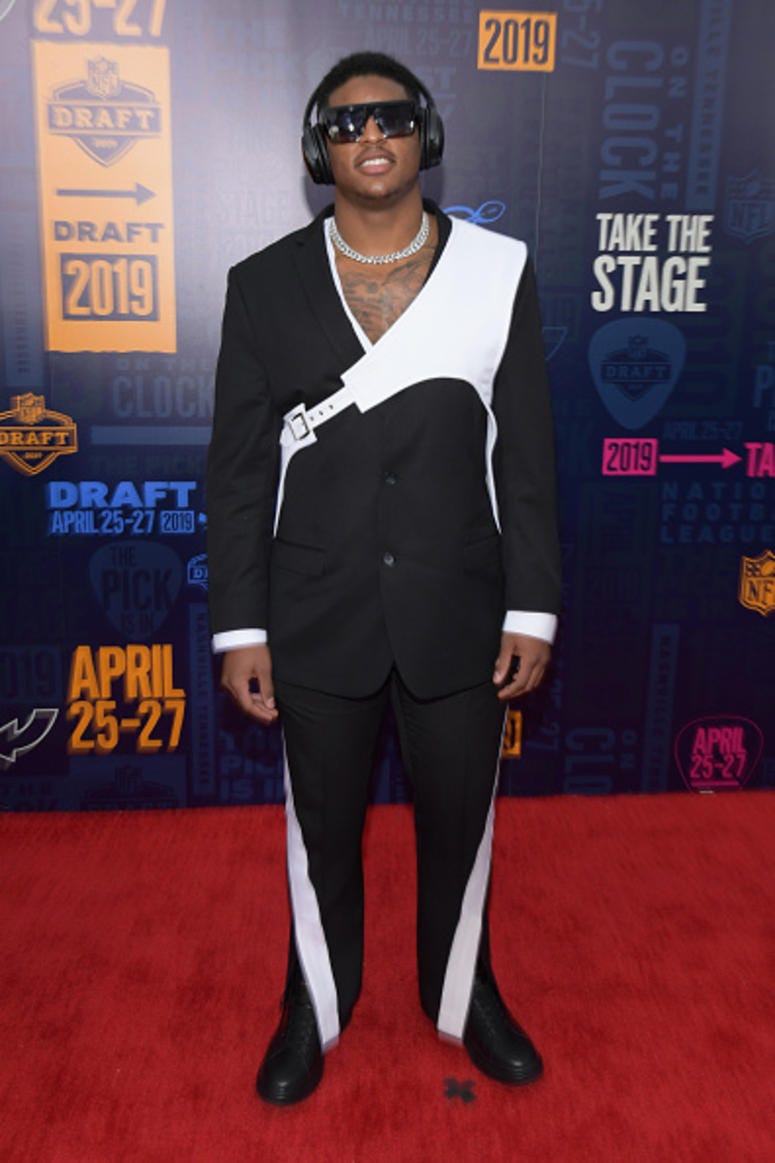 As far as notable looks go, Bush was in good company. Going for more of a subdued-but-fresh style, No. 1 pick Kyler Murray rolled up in a pastel pink striped suit, sporting a pair of fresh white sneaks. It doens't quite have the shock factor that Bush's strapped-in look does, but fans definitely took note of his impeccable style.

Somewhere between these two extreme outfit choices lies New York Giants pick Deandre Baker's wardrobe. He went for the well-pressed suit look like Murray, but for Baker, that suit had the words "Dolce &. Gabbana" plastered all over it. Baker made it clear that subtle branding isn't always the way to go when you're trying to make a statement.

From The Trenches Y’all Gotta Feel Me .... Giants Nation Lets do it 💯🦈🦈. #BigFish #PokaBean

It wasn't just the draftees that got in on the action. Vince Wilfork, formerly of the New England Patriots, and DeAngelo Williams of Carolina Panthers fame strutted their stuff together in what appears to be a white skirt and vest combo for Wilfork and some loud purple ruffles for Williams. Neither ensemble would be complete without the rhinestone details throughout. 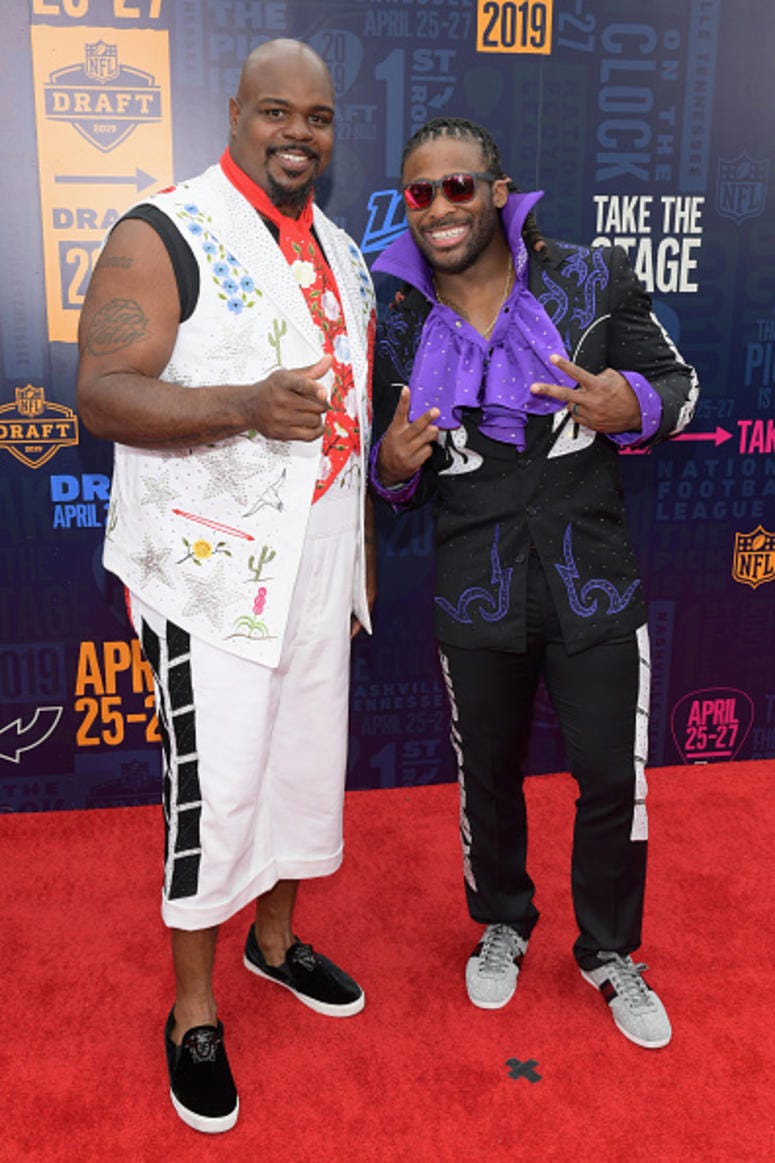 We're pretty sure no one asked them who they were wearing.