Rudolph the Red-Nosed Reindeer you'll go down in herstory!

You may not exactly remember when you stopped believing in Santa Claus, but you were probably today years old when you found out all of Saint Nick’s reindeer are gals, reported People.

That’s right, Rudolph (or is it really Rudy?), Dasher, Dancer, Prancer, Vixen, Comet, Cupid, Donner and Blitzen are of the female persuasion and we’ve been lied to since childhood.

While the classic Yuletide characters have always been portrayed as being male in books, song and on screen, science dictates that it would be virtually impossible for any of the sleigh-pulling caribous to be dudes.

"Male reindeer actually cast their antlers before Christmas, so they don't have any antlers at Christmas time,” Edinburgh University professor Gerald Lincoln told the Telegraph.

"They have their mating season in autumn when they use their antlers to fight, but once it finishes they cast them." The antlers don’t lie!

One of the first to bring this fact to the masses was Twitter user Cat Reynolds in 2017.

MALE REINDEER LOSE THEIR ANTLERS IN WINTER AND FEMALES DON'T THEREFORE SANTA'S SLEIGH IS ACTUALLY PULLED BY A TEAM OF STRONG, POWERFUL, UNDERRATED WOMEN!!!!! YOU GO, GIRLS!! I SEE YOU!!!

Meanwhile, female reindeer keep their antlers throughout the Christmas season up until they give birth in the spring.

So not only have Santa’s reindeer been misgendered all these years, they also hauled Father Christmas, his sleigh and all those gifts across the world while most likely being pregnant. Somebody call human resources, stat! 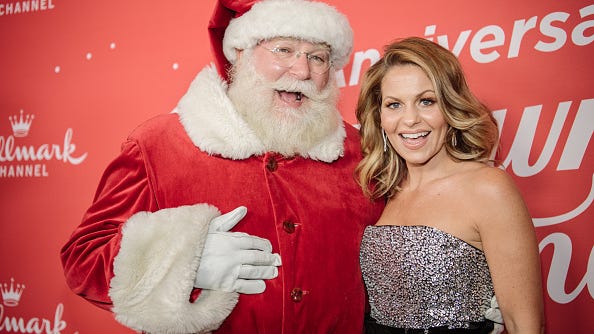 But for you patriarchy purists, there is technically one rather severe medical way that Santa’s squad could still be male and have their antlers.

"Rudolph could be a castrated male, or a female,” added Professor Lincoln. “I think it's nicest to think that Rudolph was a female!"

Otherwise, that might qualify as the nightmare before Christmas.