A Midtown Manhattan hotel is revamping one of their 800ft sq suites into the ultimate "Game of Thrones" themed guest room for fans to watch the upcoming final season of the show.

The Refinery Hotel has decided to honor the suite by naming it "Lannister's Lair," after one of the most powerful families in Westeros, the Lannister's, where Queen Cersei currently reigns on the Iron Throne. 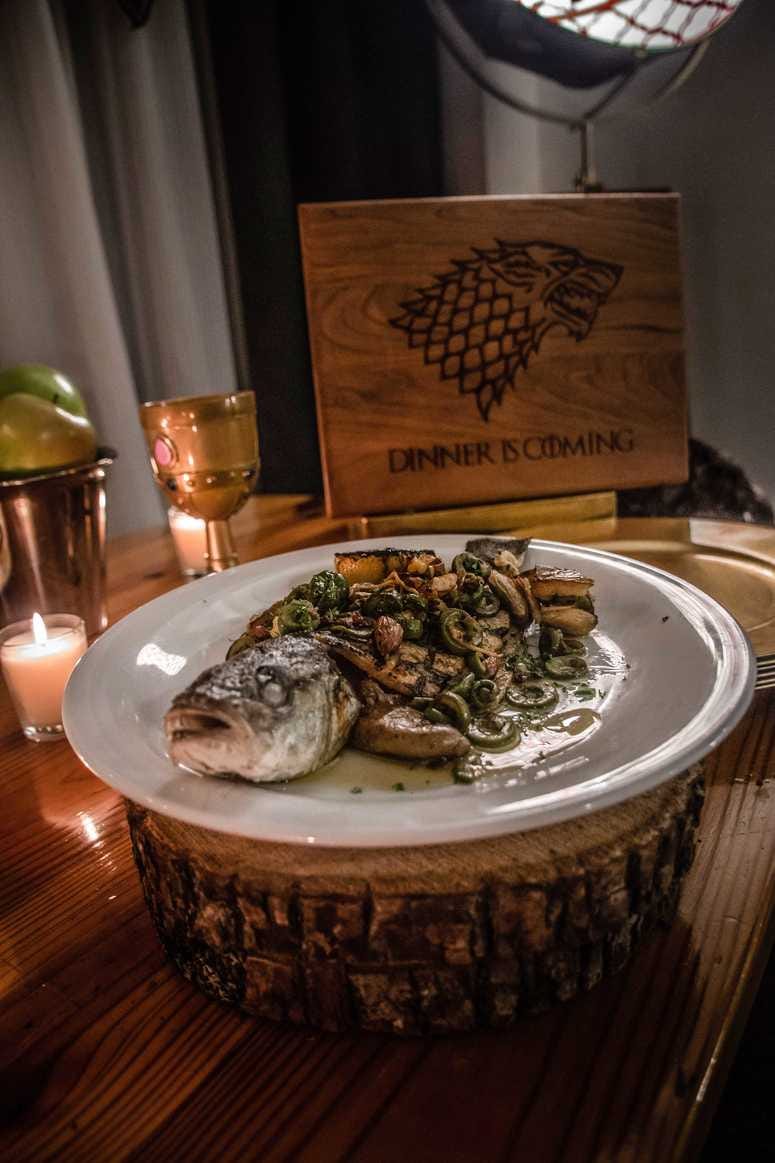 Eric Foley, general manager for the hotel, tells 1010 WINS the hotel staff is all huge fans and they wanted to get the public hyped up as well, "We are super excited and we think the ambiance will definitely create that environment that you're in Lannisters Lair." Some of the decors include fur throws, the flags of each family, goblets filled with the hotels signature wine, 'dragon egg' candles and an inspired cutting board engraved with "dinner is coming."

All fit for a royal king and queen indeed now lets hope you have the riches for it. The suite starts at $569 for the overnight stay, available only on Sundays until the series finale on May 19. Included in the price of the stay are an appetizer, two entrees and two bottles of wine. Foley says the hotel has created a themed food menu which includes 'Braavos Branzino' a grilled sea bass named for the lagoon side city, 'The feast of Winterfell' a pork shank braised with collard green, and if you can't decide then order the 'Braavos of Winterfell,' and you get both! There is also a fourth option of the 'Dragon Snack,' a 16oz ribeye steak paying homage to Daenerys Targaryen. 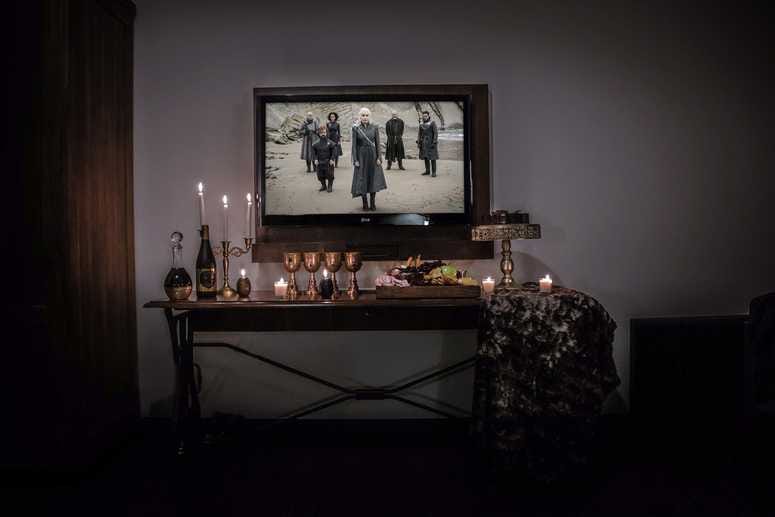 The suite will also have access to HBO and HBO Go for anyone that wants to do some binging on past episodes. "We're really excited to have this opportunity, we want people to come and enjoy and we just can't wait to see the show air," said Foley.

The final season of Game of Thrones premieres Sunday, April 14.