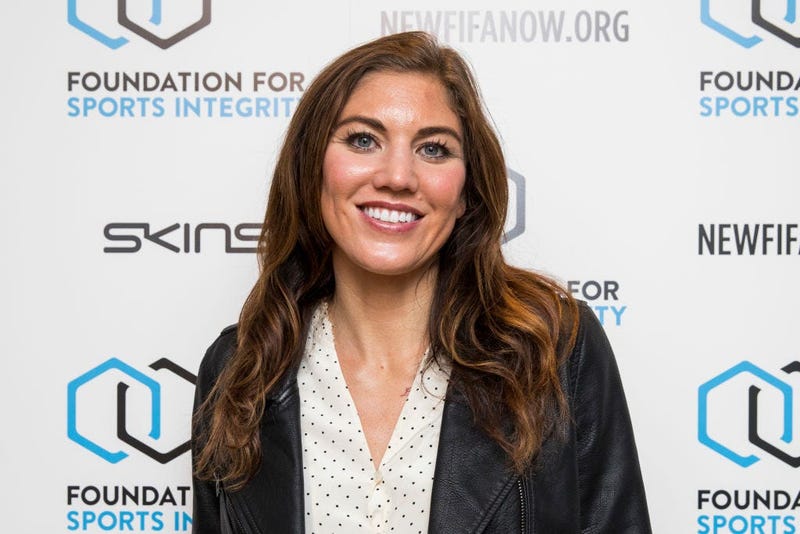 Photo credit (Photo by Tristan Fewings/Getty Images for Foundation For Sports Integrity)
By 93.7 The Fan

"For me, personally, I feel over the past five years I've made a lot of important decisions and I have processes to make those decisions, and I own those processes," Ellis said. "At this point, everything and every focus is about this group of players that are here and now. Pundits, out there, that's part of it. And part of the message is always to make sure that the focus is on the internal part of the game. And that's where we are."

Solo, who is working for the BBC during the tournament and has been known to make incendiary comments, knocked Ellis on a podcast where she said the coach is "not the leader I wish her to be."

"She relies heavily on her assistant coaches. She cracks under the pressure quite a bit," Solo said on the podcast. "But often that doesn't matter because the quality of the players on the U.S. team is superb. It doesn't matter who is coaching us because we will find a way to win. The United States knows how to find a way to win in spite of who the coach is."

Solo made 202 appearances with the national team with 153 wins and an international-record 102 shutouts. She allowed just three goals in seven games and had five shutouts during the team's 2015 World Cup championship run under Ellis.

Her tenure with the national team ended after the Americans were ousted by Sweden in the quarterfinals during the 2016 Rio Olympics. Afterward, Solo called the Swedes cowards for bunkering on defense. The blowback was immediate, and U.S. Soccer suspended Solo and terminated her contract.

The federation maintained the decision was based on a culmination of events. Solo was suspended for 30 days in early 2015 when she and husband Jerramy Stevens were pulled over in a U.S. Soccer-owned van, and Stevens was charged with DUI.

She was also benched after publicly questioning coach Greg Ryan's decision to start Briana Scurry against Brazil during the 2007 World Cup, comments that many saw as a slight against Scurry. There was also an off-field altercation with family members in 2014, although charges in that case were dismissed.

"I haven't been on social media since we left New York, so I'm not really sure what's going on, to be honest," Naeher said.

Naeher can't escape comparisons to Solo, who went to three World Cups and won the Golden Glove for best goalkeeper in Germany in 2011 and in Canada in 2015.

Midfielder Julie Ertz said the team is in its World Cup "bubble," where players shut out distractions.

"Anything you feel like doesn't keep you focused, we just try to eliminate it," Ertz said.