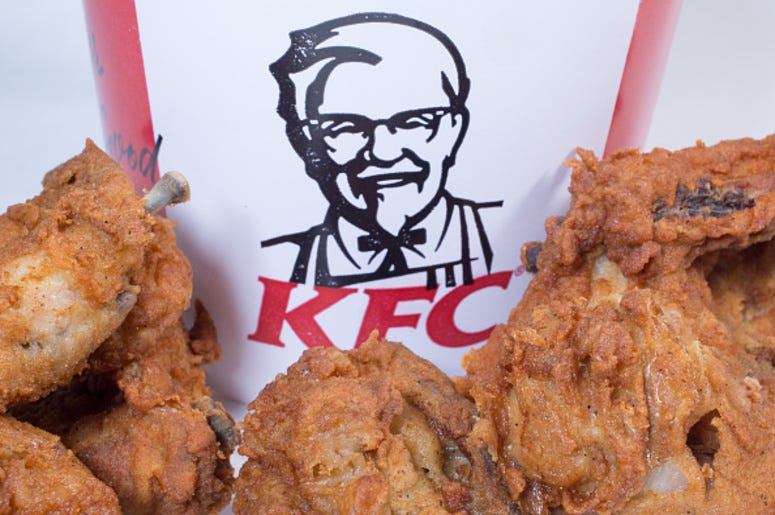 (ALT 103.7) KFC has officially entered the chicken sandwich wars, and while they may be late to the party, they may have just ended the war with their new item. The fried chicken fast food chain announced on Tuesday they will be introducing a fried chicken sandwich with donuts as buns to their menu. While the item isn’t available nationwide yet, demand for the sandwich is already high.

Beginning September 16th, KFC’s new fried chicken donut sandwich will be available in three cities, Norfolk and Richmond, Virginia, and Pittsburgh. While the item is currently being tested, the hope is it will soon be moved to the nationwide menu. This is not the first chicken sandwich combination KFC has tried, as earlier this year they introduced the Cheetos Chicken Sandwich.

Call my cardiologist...cause it’s about to get real

It's one-upping chicken and waffles and I am all for it!

While many pointed out this new sandwich doesn’t exactly scream healthy living, that hasn’t stopped many from demanding the sandwich come to their city. Other than the sandwich, customers will have an option of a chicken finger basket with a donut, or a bone-in chicken basket plus a donut. Of course, for donut lovers, an additional donut can now be added to any meal at KFC. The chicken sandwich wars may be heating up, but KFC is coming with a closer.