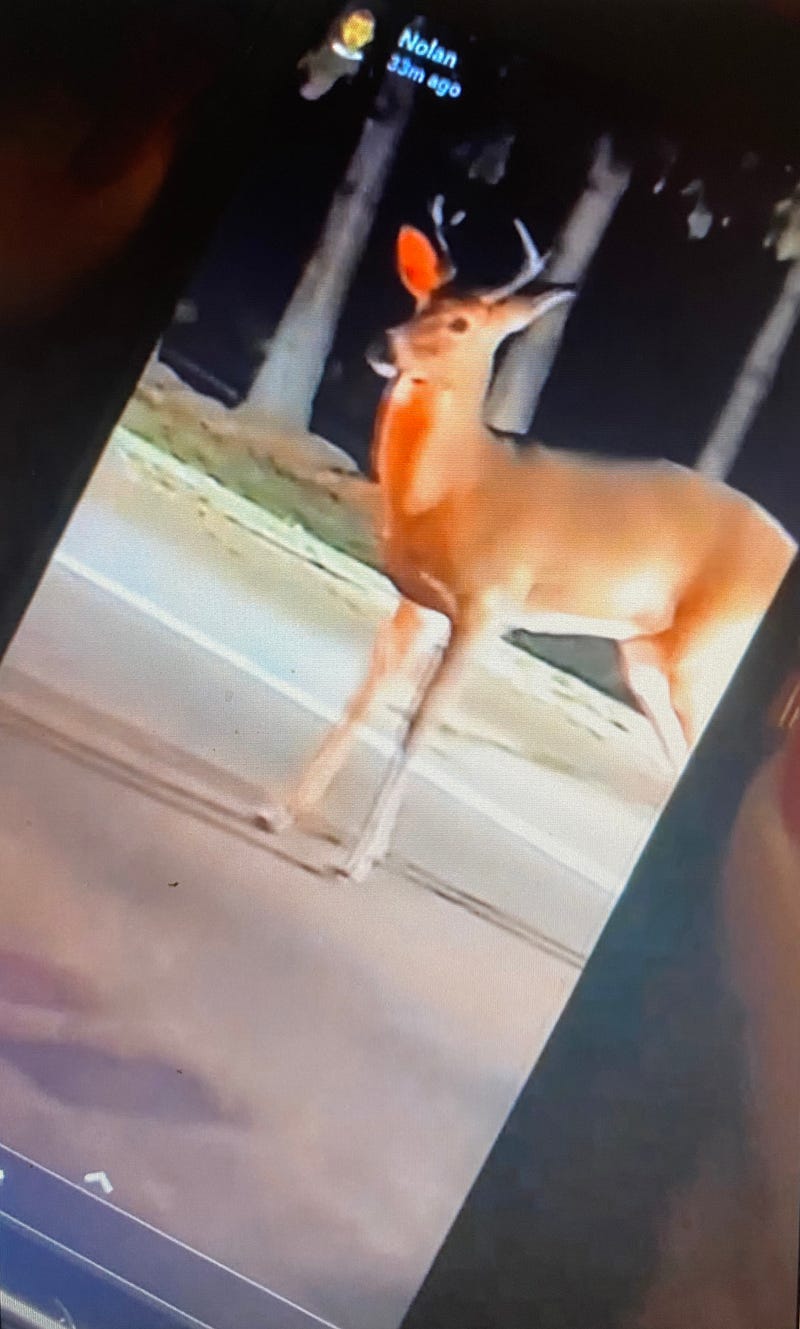 (WWJ) A disturbing Snapchat video caught a man red-handed: killing a deer with a hammer.

After the video circulated on Facebook Wednesday, an off-duty Michigan Department of Natural Resources (DNR) conservation officer caught up with the suspect at his friend’s house near Lansing.

It took him the officer only one hour to find the suspect.

Conservation Officer Todd Thorn, who patrols Ingham County was told the video was taken 10 p.m. Wednesday by the suspect’s relative near Doane Highway in Eaton County.

It showed the suspect, 23, striking a deer with a hammer until the buck died.

The Potterville man claimed it was an act of mercy. He said he was on his way home when he saw a buck disoriented from being hit by a car and “decided to put the deer out of its misery.”

But the video apparently shows a different story.

“The video starts with the deer standing upright in the middle of the road, blinded by vehicle headlights. Words of encouragement and laughter can be heard throughout the video,” a DNR press release reads.

The suspect told Thorn loaded the carcass for transport...but passed police as they were driving away.

“We didn’t want to get police involved,” the suspect told Thorn.

The DNR will present the case to the Eaton County Prosecutor’s Office to determine if criminal charges will be filed.

Anyone who witnesses or suspects a natural resource violation should immediately call or text the Report All Poaching hotline line at 800-292-7800. Tipsters can remain anonymous.