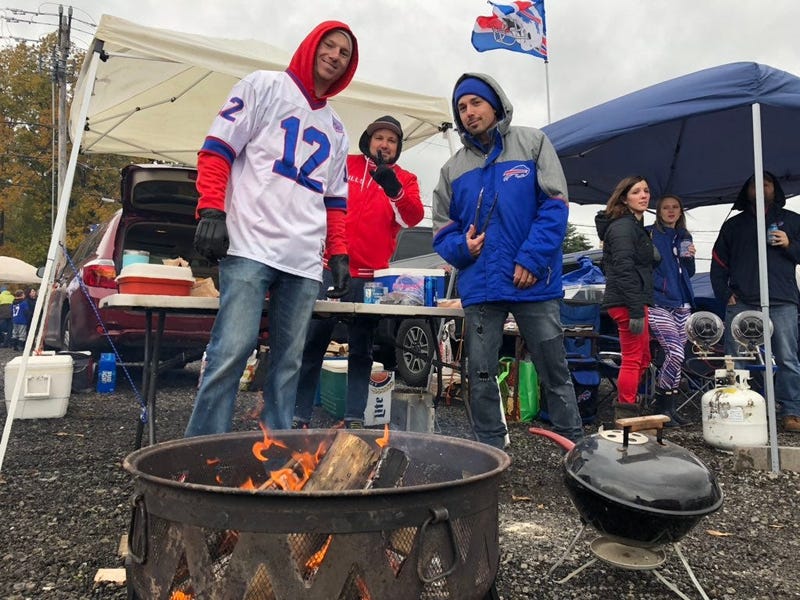 Orchard Park, NY (WBEN) The Orchard Park Town Board is set to meet tonight and is expected to pass a resolution allowing for some tailgating near the home of the Bills, much to the chagrin of the town's supervisor.

"I think it's semi-irresponsible to allow tailgating with the COVID crisis ongoing. As the case in Eden showed us, COVID is still around, it's still a threat," says Supervisor Patrick Keem.

He says he has two concerns. "We have a lot of seniors in Orchard Park, and I think we can give up one season of tailgating until we find out whether fans will be allowed at the stadium for the games," says Keem. "If tailgating's allowed, I'm worried things get out of hand, I don't want our police officers subject to even the possbiility of contracting COVID."

Keem says his two fellow board members have written up a resolution allowing tailgating at business lots. "They're asking for a plan to be submitted by the parking lot owner for approval. That resolution's been written up and the other two are going to vote in favor of it," says Keem. Keem remains opposed, saying he understands businesses and residents who park cars use that money to pay their taxes, but there's a stronger argument to disallow tailgating for one season.

Fellow board member Conor Flynn told us Monday about that plan. "I have confidence we will be able to allow limited tailgating with social distancing, and proper hygiene being followed provided businesses submit their plans to us," said Flynn. "The conversation is about whether Orchard Park will issue permits to commerical lots and operational permits ot parking lots to allow tailgating at the stadium."