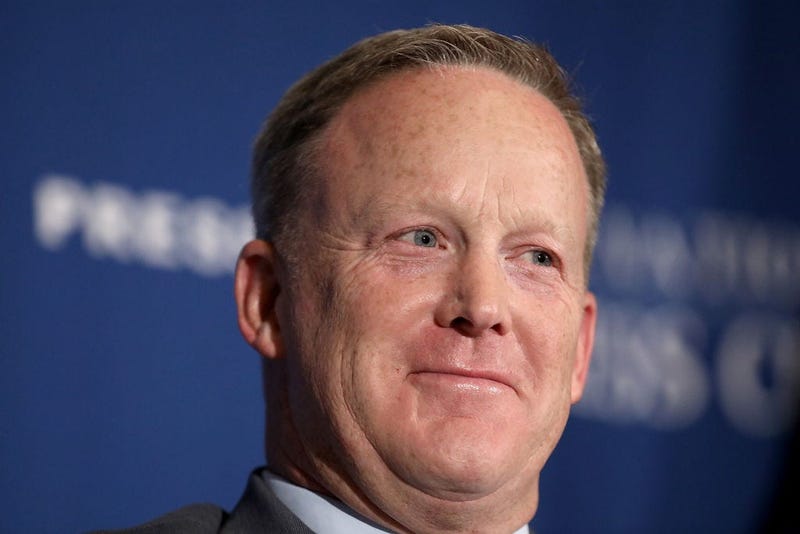 PITTSBURGH (Newsradio 1020 KDKA) - Former White House Press Secretary Sean Spicer was President Donald Trump’s Press Secretary for the first 182 days of his presidency and knows what it’s like to be on the front lines of the currently political climate.

Spicer tells KDKA Radio’s Wendy Bell says it is getting harder to get facts in mainstream media.

“It’s going to be important to know what’s right and what’s wrong and I think that’s what happened last cycle,” said Spicer. “The president was able to break through the clutter and speak directly to people whether it’s by Twitter or going to these really and you see it, they attempt to go against him and undermine him, it just gets bigger and bigger every day.”

Spicer also pointed to what he perceives as a double standard in criticism of media outlets.

Spicer went on to discuss his experience as press secretary.

“It was suddenly once the camera was on their face, they became a different person and they were often times, somebody would come up to me after a briefing and say ‘Hey, sorry about that interaction, I had to do that for my boss or whatever,’ and I’m like, ‘No you didn’t, you did it because you wanted a clip and you wanted to stand out,” said Spicer.

Spicer said the response was disheartening.

“The next thing you know I see all these questions about ‘Well I can’t believe they named Pence,’” said Spicer. “And I’m like how much more serious can you take it then to name the President of the United States, and by the way when Obama named Biden to things, it was ‘Oh what a great pick, what a great pick.’”

Spicer is also the author of “The Briefing” and recently was a contestant on the TV show “Dancing With the Stars.”