Lafayette Police are investigating graffiti found on a home near downtown as a possible hate crime.

The homeowner posted pictures of the vandalism to a private Facebook group, a black spray-painted swastika on the white house and the name Trump. Police think the incident happened some time late Monday. 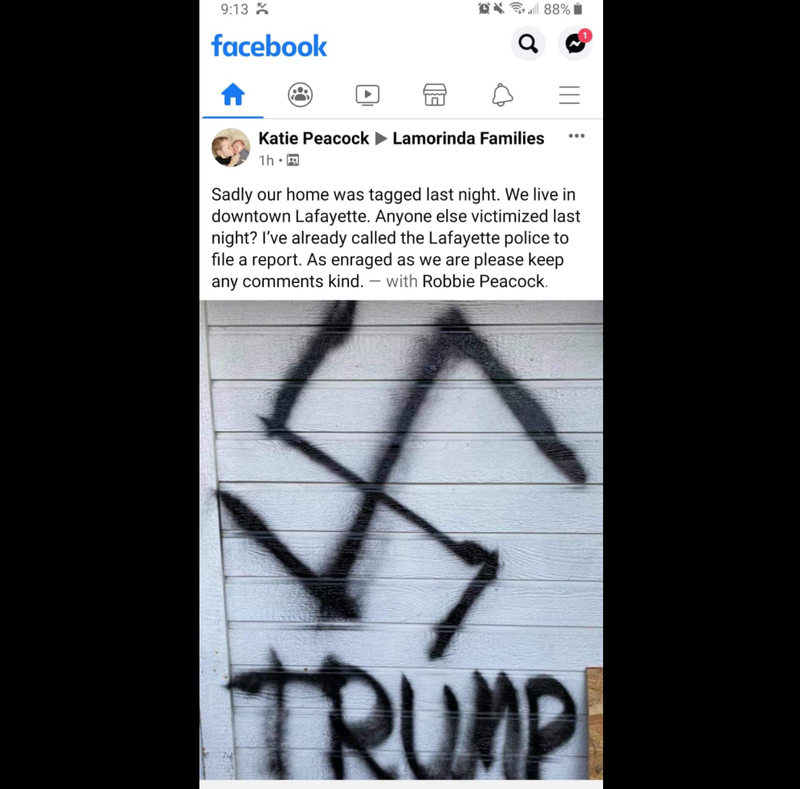 A photo of the vandalism, shared in a private Facebook group.

The home, which is very close to Lafayette Circle, did have what looks like some fresh white paint on it and some ladders leaning up against the side of the house Tuesday afternoon.

Lafayette Mayor Mike Anderson said in a statement that there is no place for hate in Lafayette and this will not be tolerated.

"(I’m) a little shocked, not too surprised though with what’s going on in the country and everything," one man told KCBS Radio. "It does make me a little but more fearful for some of the kids out playing, knowing that there is someone in the local community that feels that way. It was one thing to support whoever you want, but the moment you start taking actions that affect another human, that’s where we have to start drawing a line." 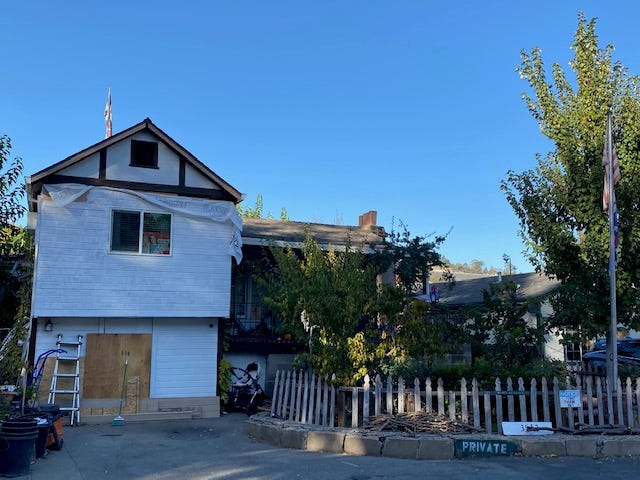 The house in Lafayette seen on Tuesday, with the alleged graffiti covered up. Photo credit Megan Goldsby/KCBS Radio

The home does have a Joe Biden flag flying from a flag post in the front yard.

A Lafayette Police spokesman says they have contacted the FBI.

In a statement to KTVU, the couple that owns the home said: "We have seven days until the next election. Seven days to choose love over hate, unity over division, and bravery over fear. Seven days to protect our children’s future and to make our parents proud. Get out the vote."

The same tag was reportedly found Tuesday along a highway overpass in Orinda.