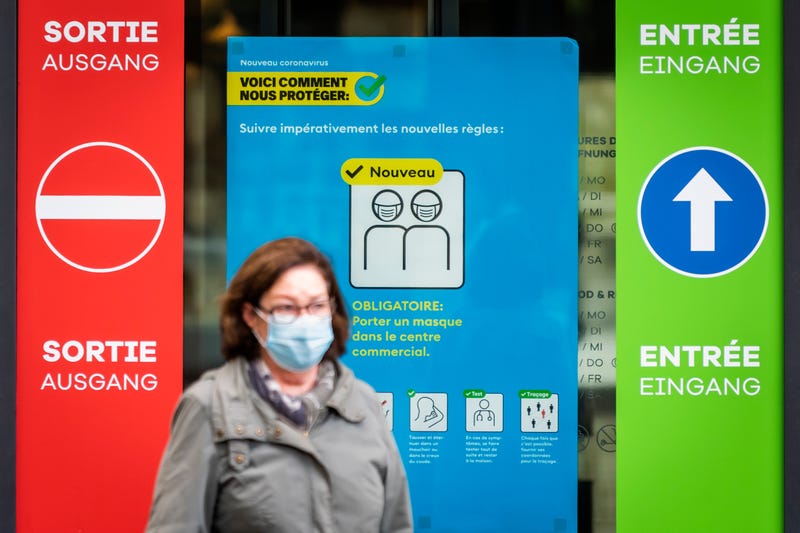 GENEVA (AP) — The Swiss health minister said coronavirus case counts and hospitalizations were doubling every week, warning of the prospect of overburdened hospitals as Switzerland has gone from one of the least-affected countries in Europe to one of the worst-hit in just three weeks.

Alain Berset made the comments after the country of 8.5 million tallied on Wednesday a record 5,583 new cases over the latest 24 hours, obliterating the previous one-day record — set two days earlier — by about 14%.

He said the government will act again if new restrictive measures announced over the weekend don’t help lower the count.

“The situation is worsening, and worsening fast,” Berset told a news conference in Bern, the capital.

“Three weeks ago, we had a situation that was among the best on the European continent,” he said. “Three weeks later, we have one of the worst situations as far as Europe goes.”

Europe has faced a punishing second wave in recent weeks and has again become one of the epicenters of the COVID-19 pandemic. It tallied a record 927,000 confirmed cases over the last week.

“A month ago, it was less than 60,” Berset said, alluding to a previous level at which Swiss authorities had set as a warning threshold.

He said the Swiss government would wait until next Wednesday to see if new measures can stem the spread, because it will take 10 days to determine their effect, and would tighten them if necessary.

Those measures, announced Sunday, include a requirement for people to wear face and nose coverings in all publicly accessible indoor areas, such as railway stations, airports, schools, shopping malls, stores, places of worship, libraries and hotels.