Tommy Lee doesn’t like rock ‘n’ roll? Only on “The Goldbergs.”

The Mötley Crüe drummer will make a cameo as a professor on an upcoming episode of the hit ABC sitcom. Lee steps into character with a sport coat, bow tie and black-framed glasses for a meeting with Troy Gentile’s character, Barry, in a clip he posted on Instagram.

Barry: “Professor Lee, there’s this awesome rock song about inappropriate love I’m trying to base my life on.”

Lee: “You mean that deafening noise made by morally questionable gentlemen?”

"Growing up in the '80s, I spent a lot of time watching MTV,” executive producer Adam F. Goldberg told Blabbermouth. “I loved Mötley Crüe’s “Home Sweet Home” video about missing your girlfriend while being out on the road. It was one of the first rock ballads that starts off with a soft piano and kicks in with the full band. I'm so grateful Tommy agreed to have some fun with us in this episode. He was terrific."

"I love doing this type of thing," Lee said. "I got to work with an amazing cast and crew, play dress up for a day and have a blast. And I gotta say, damn, those professor shoes were so comfortable!"

The episode is set to air on February 12th at 8pm ET. 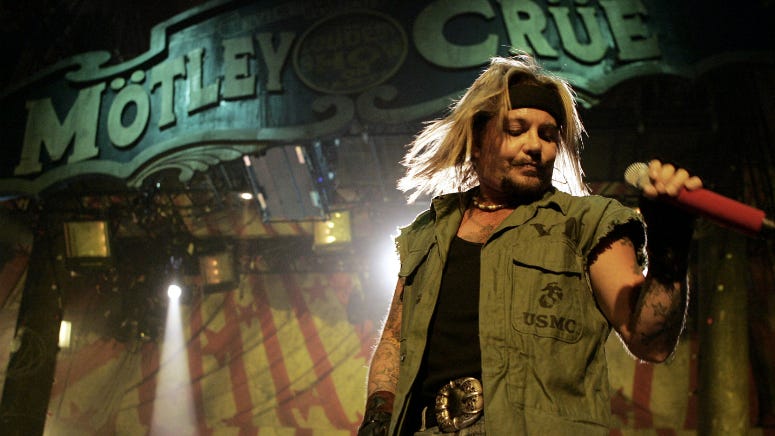 The Song Motley Crue Has Played Live the Most

Lee and his bandmates are getting ready to join Def Leppard, Poison and Joan Jett for one of the most anticipated rock shows of the summer. The stadium tour kicks off June 18th in Jacksonville, FL and runs until at least September 5th in Inglewood, CA.