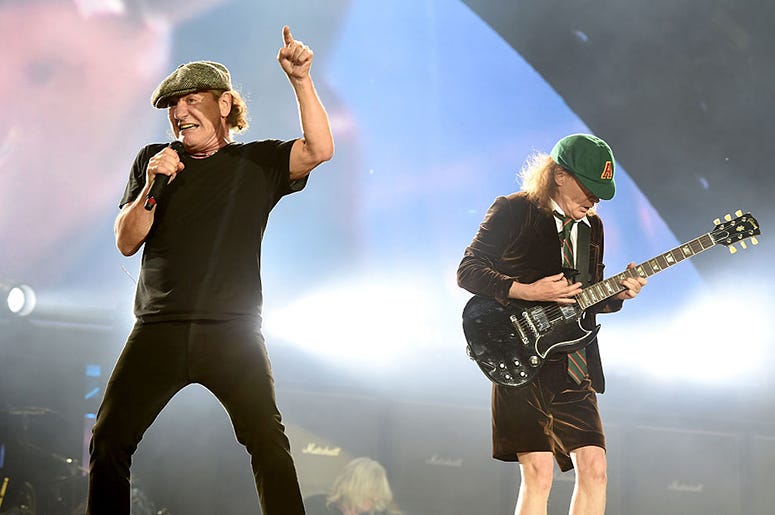 With AC/DC set to release its new album, Power Up, on Friday, guitarist Angus Young and singer Brian Johnson took part in an in-depth Zoom interview about the project with Apple Music.

Young says his approach to writing new AC/DC songs is to combine elements of the band's classic sound with something fresh.

"That's always, for me, the big puzzle, finding something that's AC/DC, but it's something you've not heard AC/DC done before," he explains to Apple Music's Zane Lowe. "You try to look for new ways of doing riffs and you experiment a little bit with those, but then when you get something, you go, 'That's definitely AC/DC,' and you know that you've cracked the puzzle there."

As for the timing of releasing Power Up, which initially was set to arrive earlier this year, but was delayed because of the COVID-19 pandemic, Young says AC/DC let the record company decide when to put it out.

Adds Johnson, "I think we waited until the world hit…a limit of misery with this thing, and just said, 'Right, time to cheer it up.'" 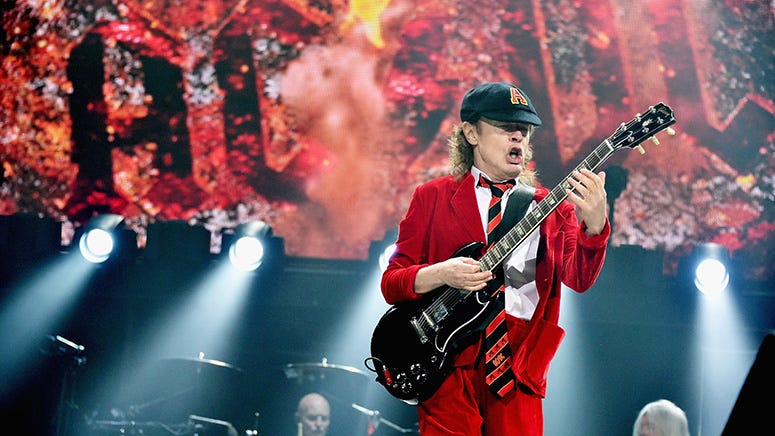 AC/DC dropped the trailer for another new song, 'Demon Fire'

Brian also notes that he felt grateful to get the chance to record another AC/DC album after having to leave the band's last tour part of the way through because of severe hearing issues.

Johnson, who eventually was fitted with a hearing device that's allowed him to perform live again, says he was appreciative that, 18 months after he exited the tour, Angus called him to invite him to make a new record.

Meanwhile, Angus reveals that most of the music for Power Up's songs was written by him and his late brother Malcolm during a prolific period before AC/DC recorded its 2008 album Black Ice.