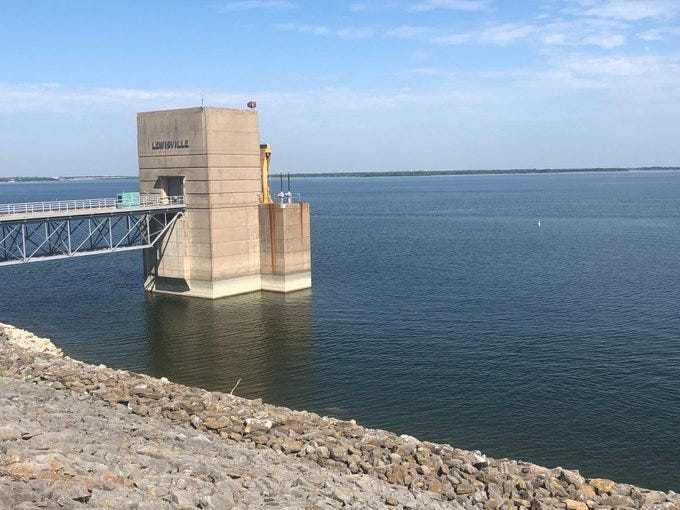 LEWISVILLE (1080 KRLD) - The U.S. Army Corps of Engineers has started a $150 million project to "modernize" Lewisville Lake Dam. The Corps, though, says the dam is not in danger of failing.

"We're constantly evaluating that process," says project manager Stacy Gray. "The media attention we got did help us elevate the need for funding."

Funding was included in the most recent federal budget.

Construction will take place in three phases. First, crews will work on the embankments at the dam to reduce "seepage" and more closely monitor items that pass through the dam.

"That new seepage collection system in that berm will allow us to do that more effectively than we have in the past, making sure we make use of that newer technology," Gray says. "We just want to make sure, because of the large amount of consequences downstream, that we have done everything in our power to manage the probability side."

"Look at the amount of infrastructure downstream. There are multi-billions of dollars of businesses downstream of this dam," says Colonel Ken Reed, the commander of the Fort Worth district of the Corps of Engineers.

Reed says the dam is upstream from Downtown Dallas and millions of people.

Work on embankments is expected to take about two years. The Corps of Engineers will then start taking bids on improvements to the spillway. The final part of the project will be restoration of the area around the dam.

The Corps of Engineers hopes to finish construction between 2026 and 2028. During the work, some trails or areas nearby may be closed.

Corps says Lewisville Lake Dam is not in danger of failing. “We’re constantly evaluating that process. The media attention did help us elevate the need for funding.” Improvements to embankments to reduce, measure seepage will cost $39 million. Entire project to cost $150 million. pic.twitter.com/O7C5FwIUB8