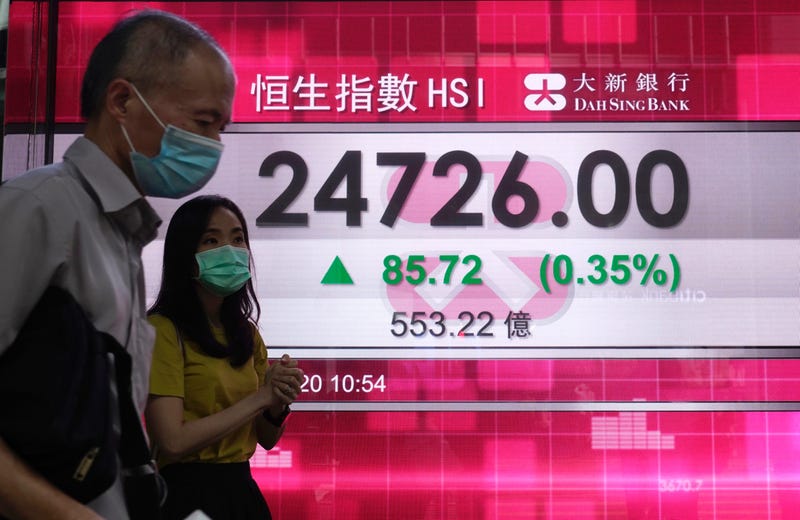 Asian stocks were mixed Tuesday after Wall Street rose on a flurry of corporate deals and China's economic activity improved.

“Wall St. appears to have recovered some of its mojo,” Mizuho Bank said in a report. “The question to ask, though, is whether we are dealing with optimism or there is just optimism about deals."

The Shanghai Composite Index gained 0.2% to 3,283.93 after the government reported retail sales rose 0.5% in August over a year earlier for their first positive growth this year. The Chinese statistics agency said that was a sign of “stable and continuous” recovery from the economy's downturn.

Oracle climbed 4.3% after the software maker beat out Microsoft to become the “trusted technology provider” of Chinese-owned video app TikTok. The agreement still requires approval from the Trump administration, which deemed TikTok a security risk and demanded its sale to a U.S. owner.

In other deals, Gilead agreed to buy Immunomedics for $21 billion. Verizon purchased Tracfone for US$6.25 billion and Alibaba invested $4 billion in Grab.

This week's strong start is a reversal after slide in high-flying tech stocks that many analysts said was overdue.

AstraZeneca added 0.5% following the weekend announcement that clinical trials for its coronavirus vaccine will resume after a reported side-effect in a British patient. The vaccine is seen as one of the strongest contenders among the dozens of vaccines being tested.

In energy markets, benchmark U.S. crude oil for October delivery gained 1 cent to $32.27 per barrel in electronic trading on the New York Mercantile Exchange. The contract fell 7 cents on Monday to $32.26. Brent crude oil for November delivery lost 2 cents to $39.59 per barrel in London. The contract dropped 22 cents in the previous session, to $39.61.