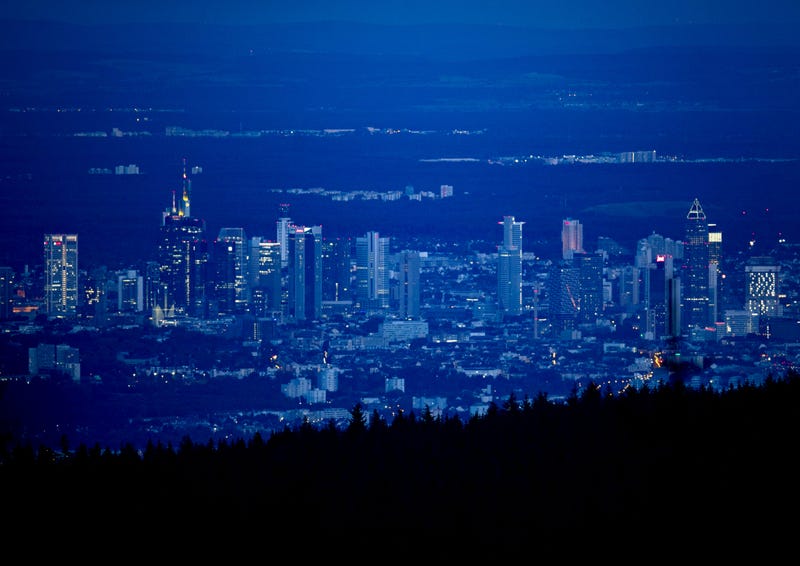 Photo credit The buildings of the banking district are seen from above after sunset in Frankfurt, Germany, Tuesday, Aug. 25, 2020. (AP Photo/Michael Probst)
By The Associated Press

BERLIN (AP) — Germany's unemployment rate edged up to 6.4% last month but, as in July, the coronavirus pandemic played no significant role in the increase, the national labor agency said Tuesday. Jobless figures in Europe's biggest economy have been kept down by extensive use of a short-term salary support program.

The unadjusted jobless rate, the headline rate in Germany, was up from 6.3% in July, the Federal Labor Agency said. That rate stood at 5% in March, the last month before the impact of the pandemic was reflected in unemployment figures.

In seasonally adjusted terms, the unemployment rate was static at 6.4%.

Rises in unemployment in Germany and elsewhere in Europe have been moderate by international standards because employers are making heavy use of salary support programs, often referred to as furlough schemes, that allow them to keep employees on the payroll while they await better times.

In Germany, Europe’s largest economy, the labor agency pays at least 60% of the salary of employees who are on reduced or zero hours.

The labor agency said Tuesday it paid out for 5.36 million people in June, the most recent month for which it has figures. That is down from a peak of 5.98 million in April, but far above the pre-crisis level in February of just 134,000. Germany has 83 million inhabitants.

Germany won't be scaling back that program soon. The governing coalition has agreed to allow employees to remain in it for up to 24 months rather than the regular 12.

Germany started easing coronavirus restrictions in late April, but some restrictions still remain and a recent increase in new infections has caused concern.