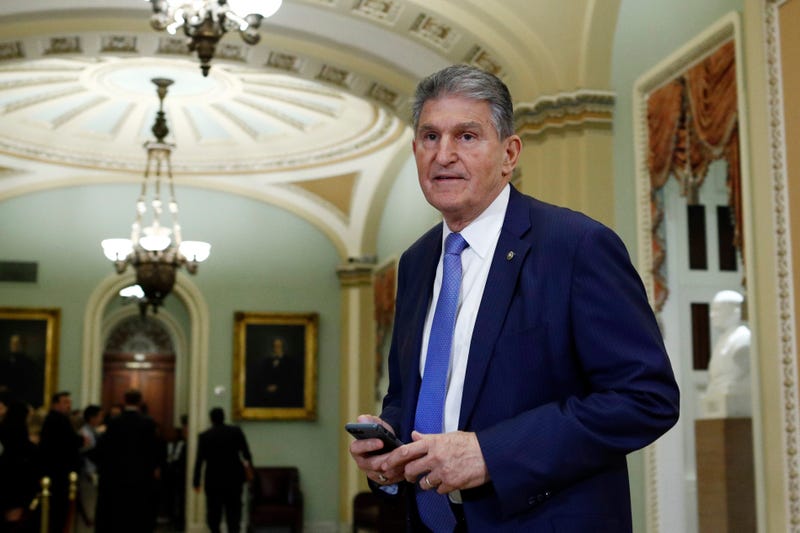 Photo credit FILE - In this Wednesday Jan 29, 2020 file photo, Sen. Joe Manchin, D-W.Va., walks to the Senate chamber after a break in the impeachment trial of President Donald Trump at the U.S. Capitol in Washington. The U.S. Postal Service is considering closing post offices across the country, sparking worries ahead the anticipated surge of mail-in ballots in the 2020 elections, U.S. Sen Joe Manchin and a union leader said Wednesday, July 29, 2020. (AP Photo/Steve Helber, File)

CHARLESTON, W.Va. (AP) — The U.S. Postal Service is considering closing post offices across the country, sparking concerns ahead of an anticipated surge of mail-in ballots in the 2020 elections, U.S. Sen Joe Manchin and a union leader said Wednesday.

Manchin said he has received numerous reports from post offices and colleagues about service cuts or looming closures in West Virginia and elsewhere, prompting him to send a letter to Postmaster General Louis DeJoy asking for an explanation.

The possible cutbacks come as DeJoy, a major donor to President Donald Trump who took control of the agency last month, moves to eliminate overtime for hundreds of thousands of postal workers, potentially causing a delay in mail deliveries. A recent document from the Postal Service, obtained by The Associated Press, described the need for an "operational pivot" to make the cash-strapped agency financially stable.

“It’s just asinine to think that you can shut something down or throttle it back in terms of the pandemic when basically the lifeline for voting and democracy is going to be in the hands of the Postal Service,” Manchin, a Democrat, told reporters Wednesday.

He said at least two post offices in West Virginia had been scheduled to close next month but that the agency had “slowed” its plans.

A spokesman for the Postal Service referred questions to a prior statement from DeJoy, which said the agency “has experienced over a decade of financial losses, with no end in sight, and we face an impending liquidity crisis.” The statement goes on to say that “it is critical that the Postal Service take a fresh look at our operations and make necessary adjustments.”

Mark Dimondstein, president of the American Postal Workers Union, which represents more than 200,000 postal workers and retirees, said there's "definitely buzz” about closures although he said he was not aware of specific details. A spokesman for the union said rank-and-file postal employees have been told by managers that their offices are being targeted for potential cutbacks.

“The logical conclusion is that he’s going to try to close some post offices,” Dimondstein said of the postmaster general's belt-tightening strategies.

The coronavirus pandemic has created further strain on Postal Service finances. The service reported a $4.5 billion loss for the quarter ending in March, before the full effects of the shutdown sank in.

Manchin's letter noted that the coronavirus relief package passed by Congress in March included authorization for the agency to borrow up to $10 billion from the U.S. Treasury. The money was intended to help the Postal Service maintain essential services during the pandemic.

“Unfortunately, not only has little to none of that funding been utilized, you are now proposing the very cuts that we sought to avoid with that emergency line of credit,” Manchin said in his letter.

Later Wednesday, Treasury announced it had reached agreement with the Postal Service on the terms of any future borrowing but also said the service was able to fund its operations at this time without using a loan.

The Associated Press produced this coverage with support from Carnegie Corporation of New York.