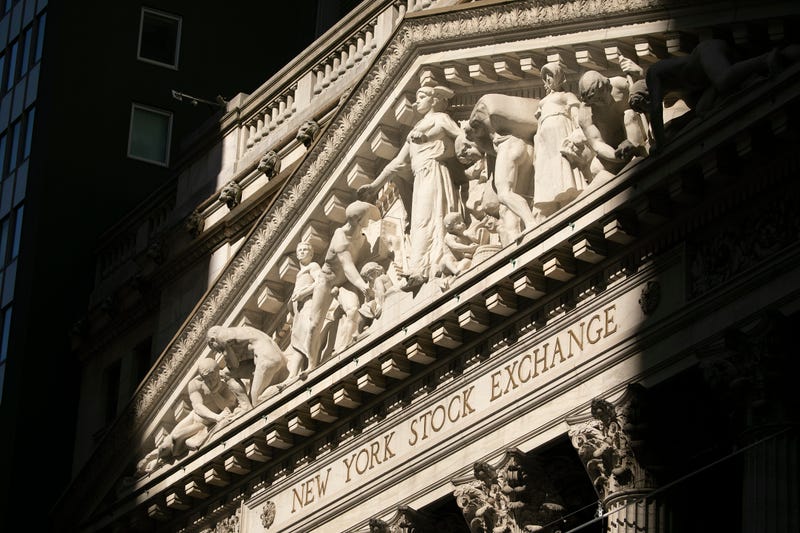 Mixed data on the economy helped to restrain the market, including a report that showed consumer confidence unexpectedly dropped this month, contrary to economists' forecast for a strengthening. Another report said sales of new homes accelerated faster than economists expected last month. The economy generally has shown signs of slowing recently after its initial burst off the bottom in the spring, which itself followed a historic plummet into recession.

Earlier in the morning, most stocks on Wall Street had been edging higher after the United States and China said they held constructive talks as they negotiate how to implement their “Phase 1” deal, which set a truce in their trade war.

The market has been making a lot of small moves recently on snippets of news about the virus, developments on a potential vaccine for it and other concerns. But the economy is still hurting, with airlines running at a fraction of their capacities and restaurants still mostly empty.

“That’s not an economy that’s back to normal,” said Tom Hainlin, national investment strategist at U.S. Bank Wealth Management. “Ultimately, the economy doesn’t fully reopen until we get a vaccine or a therapeutic,” he said.

For now, though, investors are willing to look past the weakness and focus on the expected recovery.

“People are willing to see that the world’s cup is slightly half-full right now,” he said.

Adding to the cup was an announcement from the U.S. Trade Representative that “both sides see progress" following trade talks between the world's two largest economies. China’s Ministry of Commerce said the two sides discussed strengthening coordination of their economic policies, though it gave no details.

Tensions between the United States and China have been ramping up recently, with President Donald Trump targeting Chinese technology companies in particular. The worsening relationship has been one of the bigger concerns for investors, particularly given how destructive the escalating tariffs of the U.S.-China trade war were for the global economy earlier.

Other concerns include whether Congress can get past its partisan disagreements to agree on sending more aid to the economy, which investors say is desperately needed, and whether stock prices have become too expensive relative to how much profit companies are producing.

But none of those concerns has been loud enough to keep the S&P 500 from plowing to new record heights by the day. The benchmark index returned to an all-time high last week after erasing the last of its losses from the pandemic. If it rises again Tuesday, it will be the fourth straight gain for the index.

Underlying it all is massive support for markets and the economy from the Federal Reserve. The central bank has slashed short-term rates to nearly zero and is buying all kinds of bonds, which helps drive some investors into the stock market and push up its prices.

The Fed’s chair, Jerome Powell, will give a highly anticipated speech later this week, where investors expect to hear him talk about next steps for monetary policy.

Shares of Exxon Mobil, Pfizer and Raytheon Technologies all slipped in their first trading after an announcement that they’ll drop out of the Dow Jones Industrial Average before trading opens Monday. Exxon has been the longest-running member of the blue-chip stock measure, and it was first added in 1928 when it was still named Standard Oil of New Jersey.

Salesforce.com, Amgen and Honeywell International will replace the trio. All three rose at least 3%.

S&P Dow Jones Indices said it’s making the moves because Apple is about to split its stock, which will result in a lower share price. Because the Dow’s movements are based on how much a company’s share price is — not how much the company is worth in total, like other indexes — the stock split would have reduced the technology industry’s weight in the Dow.

In European stock markets, the French CAC 40 and German DAX were both close to flat. The FTSE 100 in London fell 1.1%.

Benchmark U.S. crude oil rose 73 cents to settle at $43.35 per barrel as Hurricane Laura barrels toward the U.S. Gulf coast, home to much of the country's energy production. Brent crude, the international standard, gained 73 cents to $45.86 a barrel.

music
Meghan Trainor tells us she tried for a Christmas baby, but it's gonna be closer to Valentine's Day
music
Why does the news think Bob Dylan is dead?
music
24kGoldn shares his dreams of a duet with Billie Eilish
sports
Somehow, Zion Williamson is the Pelicans’ longest-tenured player
music
WATCH: FedEx driver caught dancing to ‘All I Want For Christmas Is You’ while out for delivery
music
Ringo Starr’s grandson and Liam Gallagher’s son charged with assault, together