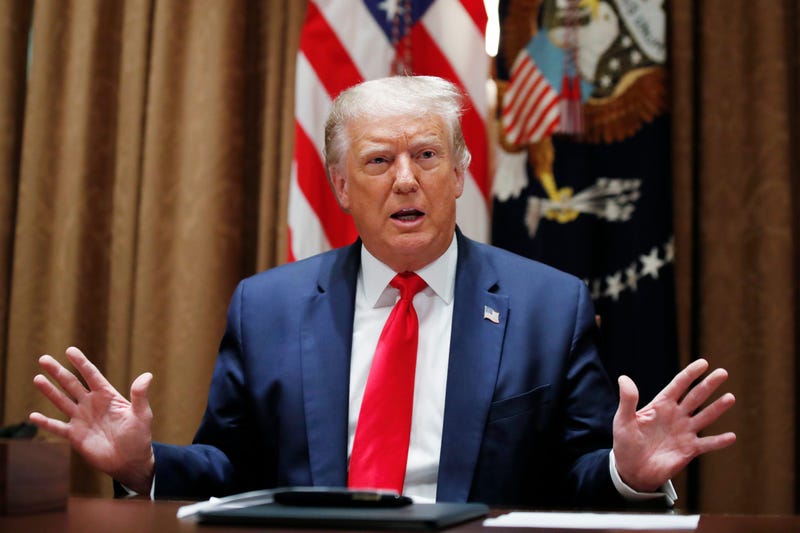 Photo credit President Donald Trump speaks during a meeting with U.S. tech workers, before signing an Executive Order on hiring American workers, in the Cabinet Room of the White House, Monday, Aug. 3, 2020, in Washington.(AP Photo/Alex Brandon)

WASHINGTON (AP) — President Donald Trump said Monday that he had fired the chair of the Tennessee Valley Authority claiming it has betrayed American workers.

Trump told reporters at the White House that he was formally removing the authority's chair of the board and another member of the board and threatened to remove other board members if they keep hiring foreign labor.

The TVA is a federally owned corporation created in 1933 to provide flood control, electricity generation, fertilizer manufacturing and economic development to the Tennessee Valley, a region that was hard hit by the Great Depression. The region covers most of Tennessee and parts of Alabama, Mississippi and Kentucky as well as small sections of Georgia, North Carolina and Virginia.

He said the TVA board must immediately hire a new chief executive officer that “puts the interests of Americans first."

U.S. Tech Workers, a nonprofit that wants to limit visas given to foreign technology workers, took out an ad to persuade Trump to stop the TVA from outsourcing much of its information technology division. The group, led by Kevin Lynn, criticized the TVA for furloughing its own workers and replacing them with contractors using foreign workers with H-1B visas.