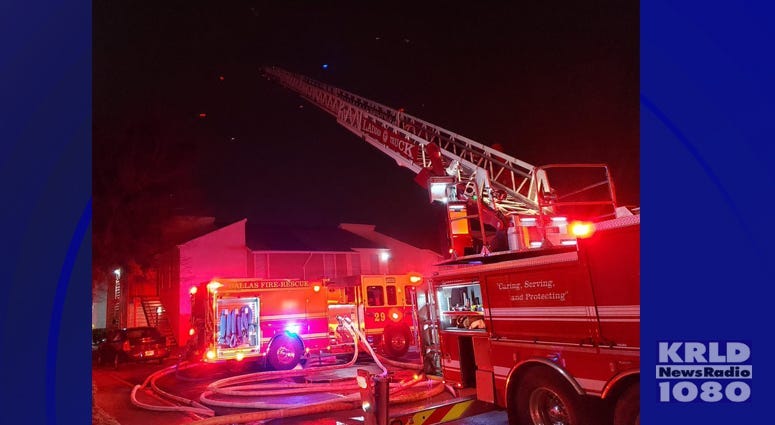 DALLAS (1080 KRLD) - The Red Cross is helping people who were displaced by a 3 alarm fire at the Del Rey Village Apartments, near Highway 635 and Walnut Hill.

The fire started at 2:19 this morning. Heavy flames were visible through the roof of one of the apartment buildings. However, firefighters say people living there had already evacuated themselves. It took only a couple hours to extinguish the fire.

A total of 16 units were affected. Half of them were directly impacted by fire, and the other half suffered smoke or water damage.

Nobody was hurt, and the Red Cross is helping those who need it.

Investigators determined the fire started in a second-floor unit, but the exact cause is still unknown.

#NEW this morning: Fire is out at Del Ray Village apts near Hwy 635/Walnut Hill. No one hurt, but 16 units evacuated. Red Cross here to help @DallasFireRes_q @KRLD pic.twitter.com/5mgV5ByHEn